In a galaxy far, far away . . . Prince William and Prince Harry were actors!

In a galaxy far, far away . . . Prince William and Prince Harry were actors!

On Tuesday evening, the royal brothers walked the red carpet with their fellow cast members (including some Stormtroopers and BB-8!) at the London premiere of Star Wars: The Last Jedi as they helped promote the movie they can now add to their resumes.

The princes — who were joined by Mark Hamill and Daisy Ridley — have cameos as Stormtroopers in a scene they shot when they visited the set in April 2016. After months of rumors, actor John Boyega recently confirmed that the princes appear briefly in the movie.

The dashing siblings were red carpet-ready in their matching black tuxes. And they were all smiles as they made their way past a line of Stormtroopers.

William even stopped for a chat with Luke Skywalker himself before the film began! He and Harry shared a moment with Hamill and Ridley on the way into the screening. Afterwards, they were each given a Stormtrooper helmet of their own by Lily Chambers, 12, and Eloisa Lerner, eight, whose fathers are both executives at Disney.

The evening was a treat for 400 specially-invited guests, too. Young people, military veterans and volunteers from some the charities and causes associated with the Royal Foundation, headed by William, Harry and Kate Middleton, attended the premiere at the Royal Albert Hall. Guests from Full Effect (who Harry and fiancée Meghan Markle spent time with in Nottingham earlier this month) Coach Core and the Endeavour Fund were among the attendees.

The princes’ office at Kensington Palace said the premiere was “an opportunity to recognize and celebrate people who have worked hard to change their lives and the lives of others.”

The foundation also invited some of the families who were affected by the Grenfell Tower tragedy, including representatives of the local emergency services and the organizations who are now helping them recover and try to rebuild their lives.

Earlier on Tuesday, Kate played Santa at a Christmas party at a community center where some of the victims of the Grenfell fire are receiving support following the tragedy six months ago. 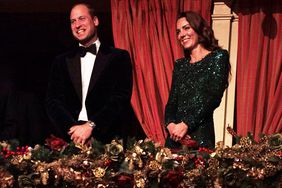 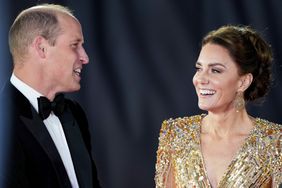