As Prince Harry and Meghan Markle headed to their evening reception after Saturday’s wedding, they drove off in a silver-blue Jaguar carrying a small but very special reference to their big day.

The convertible’s license plate — E190518 — was the date of their nuptials.

How’d they get away with it? The vanity plate is permitted because the couple was not driving on a public road.

Harry, 33, isn’t the first royal to have a little fun with his getaway car. The convertible Prince William and Kate Middleton rode in following their 2011 royal wedding carried a license plate with a message of its own: “Just Wed.”

From Saturday morning’s ceremony, in St. George’s Chapel at Windsor Castle, Harry and the 36-year-old Meghan went to a luncheon reception at the castle’s St. George’s Hall, hosted by Queen Elizabeth, and then it was onto Frogmore House, on the castle grounds, for a more intimate evening celebration of some 200 close friends and family, hosted by Prince Charles.

It was during their trip to Frogmore House — where Harry swapped out his British Army Blue and Royals frock coat uniform for a classic tuxedo and his new bride changed from her Clare Waight Keller-designed stunner to a Stella McCartney evening gown — that the couple showed off their winking license plate as they left the castle.

At Saturday’s luncheon, Harry was “off-the-cuff” and effusive, according to attendees.

“He did all the ‘Thank you’s,’ ” one guest, who also attended William and Kate’s wedding, told PEOPLE, noting that Harry was cheered at his mention of “my wife and I.”

“It was very off-the-cuff, which was lovely,” the guest said. “He promised that all the Americans wouldn’t steal the swords and said, ‘Please, when you leave, be quiet as you don’t want to wake the neighbors,’ which was quite fun.”

“It was more than you would ever imagine it to be,” the guest told PEOPLE. “It did feel like we were really part of their very special occasion. It just felt about the two of them, which was great.”

Meanwhile, Waight Keller, the artistic director of Givenchy, said Harry gushed over how beautiful Meghan looked at the altar.

“He came straight up to me [at the lunch reception] and said, ‘Oh my God, thank you. She looks absolutely stunning,’ ” Waight Keller told reporters Sunday at Kensington Palace in London.

“I think everybody saw on television he was just absolutely in awe,” Waight Keller said. “I think she looked incredible.” 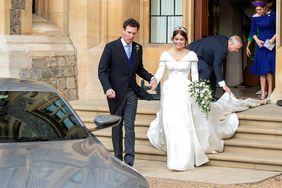 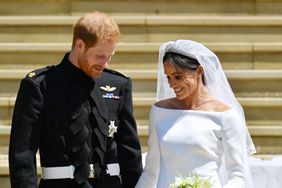 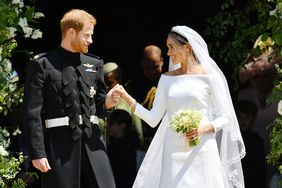 You Too Can Ride in Prince Harry and Meghan Markle's Bond-Style Wedding Sports Car – for $450,000 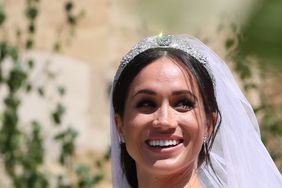 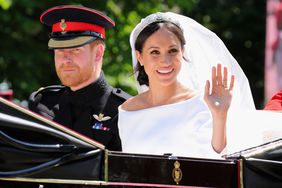