They do say if you can make it there, you'll make it anywhere ...

In 1939, King George VI and his wife Queen Elizabeth (a.k.a. the Queen Mother) were chauffeured around New York by none other than President Franklin Delano Roosevelt and his daughter-in-law, Betsey.

In 1954, the Queen Mother made a visit to the top of the Empire State Building for a bird's-eye view of the city.

Queen Elizabeth II and Prince Philip made a visit to the city so nice that they named it twice in July 1976, making a stop at Federal Hall, where George Washington was inaugurated and she was proclaimed an honorary New York citizen.

What's a trip to New York City without a little shopping? Queen Elizabeth II also made time to stop at Bloomingdale's during her visit to do a little browsing.

In June 1981, Prince Charles made a trip to New York City, where he and First Lady of the United States Nancy Reagan attended the Royal Ballet Gala at Lincoln Center.

In 1989, Princess Diana made her inaugural visit to New York City — her first trip overseas without Prince Charles. During the trip, Diana visited the Henry Street Settlement on the Lower East Side of Manhattan and later stopped by the iconic FAO Schwarz toy store (pictured).

"When Diana entered the box, radiant in a magnificent long white dress with a matching bolero jacket covered in jewels, a gasp went up from the crowd," Karen Brooks Hopkins, President Emerita of BAM, told PEOPLE of Princess Diana's 1989 trip to the opera while visiting N.Y.C. in 1989.

The following day, the royal visited the AIDS unit of Harlem Hospital, and was so moved that she hugged a 7-year-old child who had AIDS.

According to a report by the Associated Press at the time, she asked the child, "Are you heavy?" before picking him up ″unrehearsed and of her own volition."

In doing so, Diana helped to break the stigma at the time that AIDS could be transmitted through touch.

Following her divorce from Prince Charles, Diana once again traveled to N.Y.C., attending the Costume Institute Gala — now known as the Met Gala — in 1996, wearing a navy slip dress.

In June 1997, months before her tragic death, Diana auctioned a selection of her dresses at famed auction house Christie's in New York City. Proceeds benefitted the Royal Marsden Hospital Cancer Fund and the AIDS Crisis Trust, for which the auction raised a reported $3.25 million.

While in New York, Diana paid a visit to The Bronx to see Mother Teresa, who died that September.

In May 2009, Prince Harry paid a two-day visit to New York City, stopping to meet a fire crew while playing his respects at the World Trade Center.

Prince Harry wasn't afraid to get his hands dirty while helping to plant a tree during an official naming of the British Garden at Hanover Square, in New York City's Financial District, in May 2009.

Take Prince Harry out to the ball game! The royal tried his hand at baseball while throwing out the first pitch for the New York Mets in June 2010.

He must not have thought he had a career in baseball in his future, because the next day Prince Harry was competing in the Veuve Clicquot Polo Classic.

In July 2010, Queen Elizabeth returned to N.Y.C. for the first time since her 1976 visit and addressed the United Nations General Assembly.

The monarch also paid her respects at the World Trade Center.

On second thought, maybe Harry does secretly hope to become a baseball star ... in May 2013, he participated in a baseball clinic during the launch of a new partnership between the Royal Foundation of the Duke and Duchess of Cambridge and Harlem RBI, a local community organization in the Harlem neighborhood of N.Y.C.

In December 2014, the Duke and Duchess of Cambridge, Prince William and Kate Middleton, bundled up to brave the New York winter while on their first official visit to the city.

The couple visited the National September 11 Memorial & Museum while in N.Y.C., viewing the remains of the former broadcast tower from the World Trade Center.

The British royals also managed to meet America's royals when they ran into Beyoncé and JAY-Z at a Brooklyn Nets game.

The pair received a sweet gift from the Cleveland Cavaliers while at the game: personalized jerseys from star LeBron James, one for the couple that read 'Cambridge' and another for then-tiny Prince George with his name.

In July 2018, Princess Eugenie stopped by the United Nations Headquarters in New York City, where she spoke about her work as Director of the Anti-Slavery Collective during the NEXUS Meeting.

In 2018, Princess Beatrice attended the Met Gala in a royal blue gown by Alberta Ferretti that was fit for the theme: Heavenly Bodies: Fashion & The Catholic Imagination.

In February 2019, Meghan Markle reunited with friends — including Serena Williams, Amal Clooney, Gayle King and Jessica Mulroney — for a baby shower ahead of the birth of son Archie.

In September 2019, Markle was on hand to cheer on her pal, Serena Williams, at the U.S. Open Women's Final in Queens, New York.

"The crowd went wild when they showed her on the screen," a spectator told PEOPLE. "They did it as soon as they possibly could — it was the very first break in action."

In September 2021, Prince Harry and Meghan Markle traveled back to New York City, kicking off their trip by paying a visit to One World Observatory at the World Trade Center.

The pair were in the Big Apple to attend Global Citizen Live from Central Park "to continue their urgent work with world leaders in the pursuit of global vaccine equity to end the COVID-19 pandemic for everyone, everywhere," according to Global Citizen. 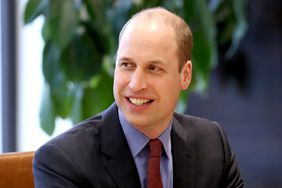 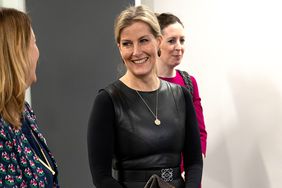