None of the senior members of the royal family will wear traditional military uniforms at Prince Philip's funeral at Windsor Castle this weekend, Buckingham Palace confirmed on Thursday

While it is custom for those who hold military rank — such as Prince Charles, Prince William, Princess Anne, and Prince Edward — to wear their uniforms at state occasions, they will now attend the funeral in mourning dress instead.

The news comes as questions swirl regarding what Prince Harry, who was stripped of his honorary military titles as part of his and Meghan Markle's official exit from their duties as senior members of the royal family, would wear to the service.

Harry, who served in the British Army for a decade, lost his three honorary military titles (Captain General of the Royal Marines, Honorary Air Commandant of RAF Honington and Commodore-in-Chief, Small Ships and Diving, Royal Naval Command) as part of the Sussexes' exit.

On Sunday, Harry returned to the U.K. for the first time in over a year to attend his grandfather Prince Philip's funeral on Saturday.

Meghan — who is expecting their second child, a baby girl — did not accompany her husband. She "has been advised by her physician not to travel," a royal spokesman said.

Ahead of the service, Harry is staying at his Frogmore Cottage home in Windsor — the house where he, wife Meghan and son Archie lived before they left the U.K. — in following with COVID-19 protocols, PEOPLE has learned.

Due to the pandemic, the Duke of Edinburgh will be laid to rest at St. George's Chapel in Windsor Castle surrounded only by close family members and friends.

The service will be known as a ceremonial royal funeral and not a state funeral, which is generally reserved for monarchs. The funeral plans take into account the country's COVID guidelines and are "much reduced in scale with no public access," a palace spokesman announced over the weekend.

The funeral will take place entirely within the grounds of Windsor Castle and plans have been given final approval by the Queen but they "still very much reflect the personal wishes of the Duke. The occasion will still celebrate and recognize the Duke's life and his more than 70 years of service to the Queen, the U.K. and the Commonwealth.".

"While this is naturally a time of sadness and mourning for the royal family and the many others who knew and admired the Duke of Edinburgh, it is hoped that the coming days will also be seen as an opportunity to celebrate a remarkable life: Remarkable both in terms of his vast contribution and lasting legacy," the Buckingham Palace spokesman said. 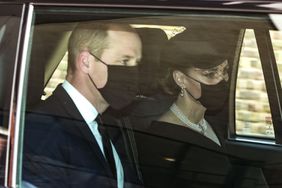 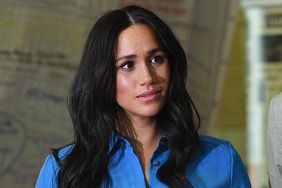 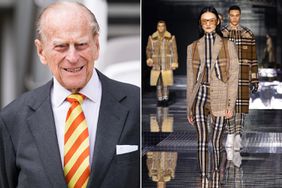