Less than ten hours after she gave birth, Princess Kate was standing on the steps of her hospital waving to well-wishers and medical staff, a smile as sunny as the springlike dress she wore. It underscored her how-does-she-do-it talent for being able to face the world so soon after giving birth.

Much of that was due to her labor going so smoothly for both patient and her elite medical team who’ve become well-known to her and the prince.

“Everything went extremely well,” a hospital insider tells PEOPLE of the super-smooth delivery.

The source also added that the couple celebrated the birth by toasting champagne. (Further adding to the fact that Kate makes giving birth look like a garden party.)

A familiar band – both to Kate and William and each other – most of the medics were in attendance when Prince George was born – the only new senior doctor was Huw Thomas, the head of the Queen’s medical household. He replaced the retired Sir John Cunningham last year.

That familiarity was evident in the relaxed nature of the gathering in the private rooms in the aftermath of the little baby’s arrival. Like last time, the couple spent some time “quietly celebrating” with the medical team and their staff while ranks of media crews outside still had no idea that the baby had been born, the insider says.

The day for Kate, 33, would have started a lot earlier, as she was likely in labor for some time before she left for the short drive to St. Mary’s Hospital from Kensington Palace. Palace staff were alerted at around 5 a.m. BST that the time was now, and an hour later the princess was being helped through a side door into St. Mary’s by husband William, 32.

She may have been accompanied by obstetrician Guy Thorpe-Beeston, who led the team, but the others, including Queen Elizabeth II’s surgeon gynecologist, Alan Farthing, an anesthetist, a neonatologist and a group of trusted midwives that gathered as the royal party arrived and made their way to the private Lindo Wing.

Once inside, at least two midwives – like last time led by Jacqui Dunkley-Bent – took control of the actual delivery. The midwives, familiar to Kate because they were among the team who delivered Prince George, guided and led by the consultant, Thorpe-Beeston and his colleagues, ready to jump in if there are complications.

It’s unknown if Kate had an epidural, but the ease of which she appeared to walk from the hospital, it seems unlikely that she had more than the basic nitrous oxide “gas and air” option for pain relief.

Only two-and-a-half hours after being admitted, Kate gave birth. For a precious few hours, she and William informed their families, including calling the queen, 89, who beamed when seen in public wearing pink later Saturday afternoon. The couple then toasted their new baby with their staff and the medics.

The young family are staying in London for a couple of days so they can rest and show off the princess to family. And, as important, stay close to Kate’s expert doctors and midwives in case there are follow-up care or attention needed.

In the coming days, they will release a name, likely well ahead of the British general election that takes place on Thursday, May 7. 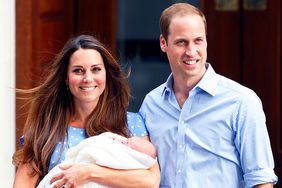 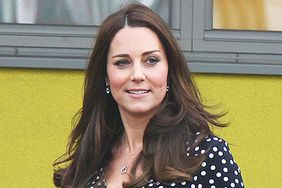 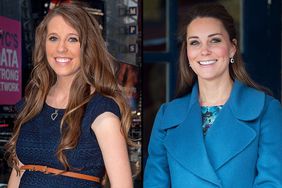 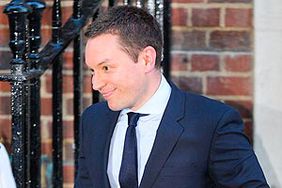