Hold on to Your Hats! See the Top 10 Wackiest Headpieces at Royal Ascot

Hats off to racegoers at Royal Ascot!

From inventive fascinators to colorful headpieces, the ladies of Royal Ascot did not disappoint when it came to their hat game at the annual racing event.

The five-day spectacle comes with a strict dress code – and the rules are very specific when it comes to women s hats.

According to the official site, hats should be worn; however a headpiece which has a solid base of four inches (10cm) or more in diameter is acceptable as an alternative to a hat.

And by the looks of it, the ladies have gone well beyond that 4-inch suggestion.

Check out some of the most shocking hats on display during the first three days of the event!

Queen Elizabeth, Princess Kate and several other royals also got in on the hat action – see a few standouts.

And don’t forget the men! See Prince William and Prince Harry in their top hat and tails.

More than 300,000 people, including the royal family, make the annual visit to Berkshire for the popular outing. And while there are exciting races to take in, royal watching has become the main event! 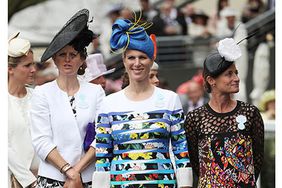 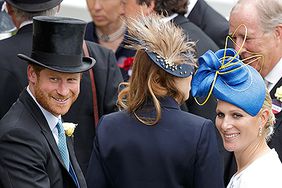 What It's 'Really' Like Inside the Royal Enclosure at Ascot

It's Royal Ascot! The Queen's Milliner Shares the One Hat 'Faux Pas' That Gets Guests Thrown Out 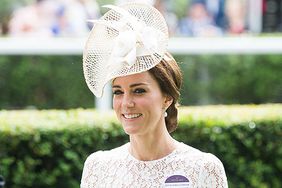