The Queen's Record-Breaking Reign: Putting it in Perspective

On September 9, the Queen will officially become the longest-reigning monarch in British history, beating out previous record-holder Queen Victoria, whose reign lasted for 23,226 days, 16 hours and 23 minutes.

To put things in perspective, we’ve rounded up a few timely reminders of just exactly how long her reign has been.

In 1952, the year the Queen succeeded the throne

No human had yet to land on the moon.

Restrictions on food purchases – better known as rationing – were still in place in the United Kingdom in the aftermath of World War II.

Cecil B. DeMille’s The Greatest Show on Earth won the Oscar for Best Picture.

Color TV had yet to be commercially broadcasted (that didn’t happen until December 1953) – and shows like Leave it to Beaver didn’t premiere for another five years.

The Beatles were still just four kids growing up in Liverpool.

Apartheid had recently (four years prior) been put into place in South Africa.

Elvis Presley had yet to release his first single.

And PEOPLE Magazine wasn’t in print.

The Queen’s Cornflakes! Peek Inside the Daily Life of Queen Elizabeth II

And throughout her reign, the Queen has

Witnessed opening – and subsequent world takeover – of McDonald’s (the chain’s first location opened its doors in 1955).

Worked with 12 British Prime Ministers, from Winston Churchill to David Cameron. 10 U.S. Presidents have been elected throughout her reign, too.

Seen every existing Disney park open – starting with Disneyland in California in 1955.

And most importantly, owned at least 30 corgis. Currently, she has two: Willow and Holly (you may remember them from the opening ceremonies at the London Olympics). 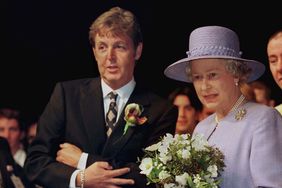 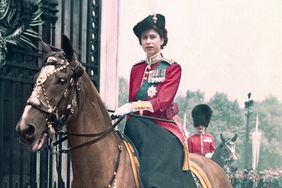 It's Not Just Corgis: Looking Back at Queen Elizabeth's Lifelong Love of Horses 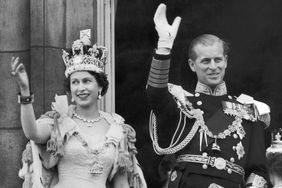 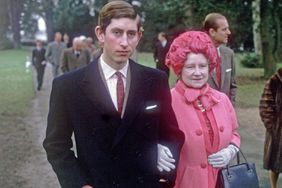 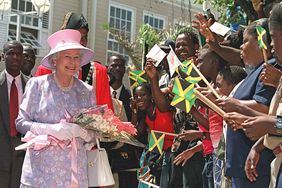