Queen Elizabeth sent a special thanks to the hospital that recently cared for her husband, Prince Philip.

The 94-year-old monarch sent a bouquet of flowers along with a note to St. Bartholomew's Hospital, where Prince Philip, 99, underwent a heart operation earlier this month. The gesture came as part of a National Day of Reflection in the U.K., initiated by the Marie Curie charity to mark one year since lockdown due to the COVID-19 pandemic began.

"As we look forward to a brighter future together, today we pause to reflect on the grief and loss that continues to be felt by so many people and families, and pay tribute to the immeasurable service of those who have supported us all over the last year," the Queen said in her message.

Prince Philip recently reunited with the Queen at Windsor Castle after four weeks of hospitalization. He was admitted to London's King Edward VII hospital on Feb. 16 then transferred to St. Bartholomew's hospital for more tests and treatment for what was said to be a pre-exisiting heart condition, which he underwent a "successful" surgery for.

He returned to King Edward VII hospital before being discharged on March 16.

The couple's grandson Prince William and granddaughter-in-law Kate Middleton stepped out on Tuesday to mark the occasion by visiting a new COVID-19 vaccination center at Westminster Abbey, where they wed almost 10 years ago.

It was observed with a one-minute silence as people remembered the more than 125,000 British deaths due to COVID-19 and paid tribute to the frontline workers who have been battling the pandemic. Kate, 39, and William, 38, took part in the private moment of reflection at the end of their visit.

Charles, 72, urged all British people to stop and remember those who have died during the pandemic.

"We have all been inspired by the resourcefulness we have witnessed, humbled by the dedication shown by so many and moved beyond words by the sacrifices we have seen," he said. "Whatever our faith or philosophy may be, let us take a moment together to remember those who have been lost, to give thanks for their lives and to acknowledge the inexpressible pain of parting." 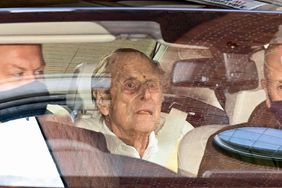 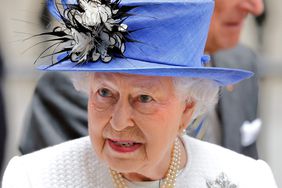