Queen Elizabeth Is Back! Monarch Returns to Buckingham Palace After Summer Break in Scotland

Queen Elizabeth is back to work!

The 93-year-old monarch has returned to her Buckingham Palace home in London after spending her summer holiday at Balmoral Castle in Scotland.

The Royal Standard flag, which signifies the presence of a monarch at a royal residence, was “cracked” on Wednesday, as seen in a video shared by The Royal Family on social media. The flag is raised up the pole before it was opened. When Queen Elizabeth is not at one of her homes, the Union Jack is raised in its place.

The Queen traditionally spends the late summer months, when Buckingham Palace is open to the public, in the Scottish Highlands. For more than 150 years, Balmoral Castle has served as a private retreat for the British royals. In the highlands, the royals like to entertain friends, hold dances, picnic and go on shooting parties – all the while battling the nibbling little flies that stalk the heather-covered mountain sides.

Elton John Says He Saw Queen Elizabeth Playfully Slap Her Nephew at a Party: ‘I Am the Queen!’

It’s not all play for the monarch while she’s away from London. She does continue to work, reading her diplomatic papers in the famous “red boxes” that are delivered daily. She will also continue to hold audiences and undertake some public engagements.

Kate Middleton and Prince William brought their three children — Prince George, 6, Princess Charlotte, 4, and one-year-old Prince Louis — this year before school started for George and Charlotte. And while the kids stayed home, the royal couple joined Queen Elizabeth for a church outing. William rode shotgun, while Kate and the monarch rode together in the backseat.

Many members of the royal family visit Queen Elizabeth during her stay, and they’re often seen accompanying her on Sunday outings to church.

Queen Elizabeth will undertake her first public engagement since returning to London on Friday, when she will visit Haig Housing Trust to officially open their new housing development in Morden for armed forces veterans and the ex-service community. 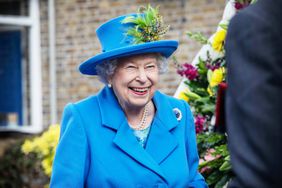 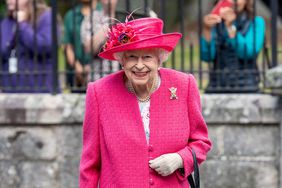 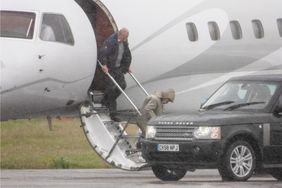 Queen Elizabeth Arrives in Scotland for Summer Break Alongside Prince Philip — and Her Dogs! 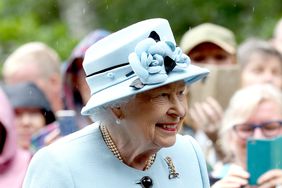 See How Queen Elizabeth Kicked Off Her Summer Vacation in Scotland 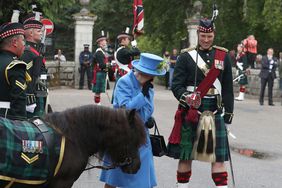