All hail! Imelda Staunton is rounding out a powerful trio of women to play Queen Elizabeth II.

On Friday, The Crown's official Instagram released the first image of Staunton as the long-serving monarch in season 5 of the fictionalized drama about the British royals.

In the image, Staunton's Elizabeth is wearing a light yellow patterned dress with gold buttons and a dainty bow topped by a double strand of pearls. Naturally, we get a glimpse of her signature handbag at the very bottom of the shot.

Staunton is the third actress to take on the role, succeeding Claire Foy and Olivia Colman.

Foy won an Emmy for her portrayal of the monarch's ascent to the throne in season 1 and was nominated for her work in season 2. Colman received back-to-back-nominations for playing the Queen from 1974 into the early '90s. Along with her season 4 costars Josh O'Connor and Emma Corrin — who played Prince Charles and Princess Diana, respectively — Colman received one of The Crown's 24 Emmy nominations in 2021 (winners will be announced on September 19).

When asked about handing over the role to Staunton, Colman teased that her successor "already [has] a much better walk than me."

No premiere date has been announced yet, but season 5 — which will be The Crown's last — is expected to pick back up somewhere amid the collapse of Charles and Diana's marriage. The future king's separation from the "People's Princess" was announced in December 1992, a month after the Queen dubbed the year an "annus horribilis."

Staunton is an Emmy and Oscar nominee in her own right, though she's perhaps most widely known for portraying the villainous Dolores Umbridge in the Harry Potter movies.

When asked what advice she'd have for Staunton in taking on the role, Colman quipped, "Good luck … the wig's itchy." 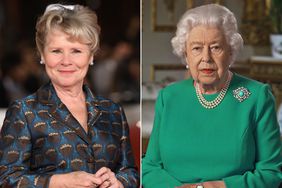 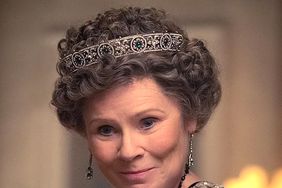 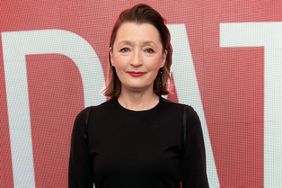 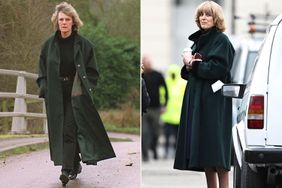