One lucky elephant got a meal she'll never forget!

One lucky elephant got a meal she’ll never forget!

Queen Elizabeth opened an elephant center during a visit to Whipsnade Zoo in Bedfordshire on Tuesday, and she made friends with a few of the animals — including her namesake.

Alongside husband Prince Philip, the Queen toured the new home for nine Asian elephants, including an 10-month-old named Elizabeth, who was born the day before the monarch’s 90th birthday celebrations last year.

“She was absolutely delighted and went ‘Oh really?’ when we told her the elephant calf was named after her,” David Field, zoological director at the Zoological Society of London, said.

The Queen, who is patron of the ZSL charity, watched the elephant team carry out daily care tasks. She and Philip then took turns feeding the animals bananas.

Dressed in a pale lavender suit and matching hat, she chatted with the keepers and vets, joking how bringing up elephants is similar to rearing her own horses.

“The elephants look very happy in there,” the Queen said. “It’s a rather nice change for them, I suppose.”

Told they make a lot a mess, she added: “Yes, they do don’t they? They are quite destructive.” 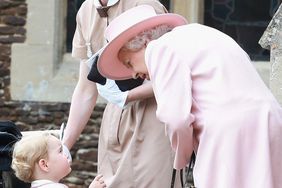 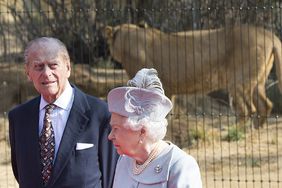 The Queen of England Meets the King of the Jungle! Plus: See an Amazing TBT of Elizabeth as a Little Girl 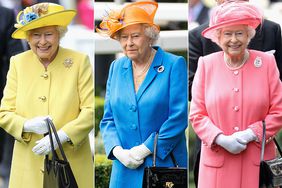 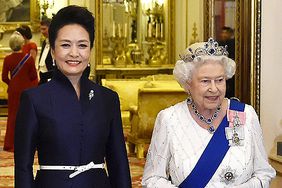 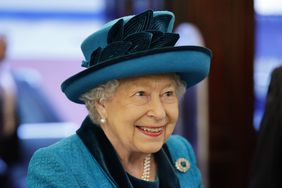 Queen Elizabeth Is All Smiles Amid Family Drama as She Views Stamps — of Herself! 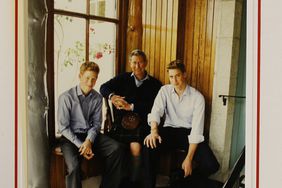