Queen Elizabeth Just Posted Her First-Ever Instagram — and It's an Epic Throwback!

The 92-year-old monarch paid a visit to London’s Science Museum on Thursday to announce its summer exhibition, where she saw a letter written to Queen Victoria and Prince Albert from Charles Babbage, the world’s first computer engineer. With a tap of the screen in the newly opened Smith Centre in front of guests, the Queen touched the screen and made her first contribution to the @theRoyalFamily’s official Instagram account to share the note.

The caption reads, “Today, as I visit the Science Museum I was interested to discover a letter from the Royal Archives, written in 1843 to my great-great-grandfather Prince Albert. Charles Babbage, credited as the world’s first computer pioneer, designed the ‘Difference Engine,’ of which Prince Albert had the opportunity to see a prototype in July 1843.”

“In the letter, Babbage told Queen Victoria and Prince Albert about his invention the ‘Analytical Engine’ upon which the first computer programmes were created by Ada Lovelace, a daughter of Lord Byron,” she continued. “Today, I had the pleasure of learning about children’s computer coding initiatives and it seems fitting to me that I publish this Instagram post, at the Science Museum which has long championed technology, innovation and inspired the next generation of inventors.”

“We are honoured that while opening The Smith Centre at the Science Museum Your Majesty shared a post on Instagram for the first time,” the Science Museum wrote in a comment on the image. “We’re thrilled that the image is of correspondence from the Royal Archive between Charles Babbage and Your Majesty’s great-great-grandfather Prince Albert about the Difference Engine No.1 on display in our Making the Modern World gallery.”

The Science Museum was also where the Queen sent out her first tweet in 2014. In similar acts, the monarch sent her first e-mail during a 1976 engagement at a military base and launched the first website of the British royals in 1997.

In addition to the social media accounts for the Queen, Kensington Palace has Twitter and Instagram pages to follow the lives of Prince William, Kate Middleton, Prince Harry and Meghan Markle, while Clarence House shares content surrounding Prince Charles and Camilla, Duchess of Cornwall on both platforms.

While most senior members of the royal family stay away from having personal social media accounts – Meghan even deleted hers before marrying Prince Harry – others have launched their own pages. Princess Eugenie, is active on Instagram, as are her mother, Sarah Ferguson, and father, Prince Andrew. And while Princess Beatrice‘s Twitter page is public and verified, her secret Instagram was exposed when Karlie Kloss shared a screenshot of when she shared her engagement news with her pal. The model tagged Princess Beatrice’s private account — @beayork. (Her official title is Princess Beatrice of York.)

Earlier this week – in a groundbreaking move – the palace released official guidelines for how to interact with the royal family’s official social media accounts. The new guidelines state that comments must not “contain spam, be defamatory of any person, deceive others, be obscene, offensive, threatening, abusive, hateful, inflammatory or promote sexually explicit material or violence.”

They must not “promote discrimination based on race, sex, religion, nationality, disability, sexual orientation or age.”

And comments should not “breach any of the terms of any of the social media platforms themselves, be off-topic, irrelevant or unintelligible or contain any advertising or promote any services.”

The palace goes on to say that they “reserve the right to hide or delete comments made on our channels, as well as block users who do not follow these guidelines. We also reserve the right to send any comments we deem appropriate to law enforcement authorities for investigation as we feel necessary or is required by law.” 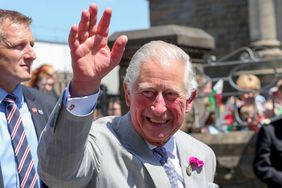 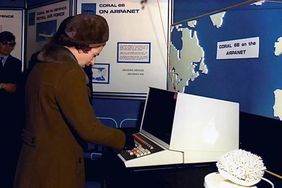 On This Day in Royal History: Queen Elizabeth Sent the First-Ever Royal Email in 1976!