The Trooping the Colour festivities — including a major military parade followed by the royal family gathering on the Buckingham Palace balcony to watch a flypast — were canceled due to the coronavirus pandemic, but the 94-year-old monarch was still celebrated. The Queen stood in the quadrangle of Windsor Castle to watch as the 1st Battalion of the Welsh Guards serenaded her to mark her official birthday.

But this smaller-scale version was just as memorable. The "turning out" ceremony, as the British army calls it, took place with a reduced massed band of the Household Division – and with a very different formation due to COVID-19. Usually the soldiers would be shoulder-to-shoulder, but in keeping with social distancing guidelines, they stood six feet apart.

Dressed in what was described as a muted jade outfit by Stewart Parvin and matching hat by Rachel Trevor-Morgan, the Queen emerged from the castle at around 11 a.m. U.K. time, and she took her place under a specially-constructed dais draped in a white canopy as the parade started. Decorating her outfit was a diamond leek Welsh Guards brooch – in tribute to the Welsh regiment which was parading in front of her.

It was the first time the Monarch had been seen at an outside event since the beginning of the lockdown caused by the coronavirus crisis.

After about five minutes she sat to watch the various maneuvers. At one point, the marching band fanned out in a feather-like formation, while another intricate moment saw them conduct a so-called Spin Wheel, moving through 180 degrees – all while maintaining the required social distance.

The Queen stood for the final march past – when each soldier turned to face the Sovereign, hoping to catch the eye of their ultimate boss. For some observers, it was one of the most memorable parades in modern times, as the normal Trooping the Colour was replaced by a pared-down version, which was no less spectacular.

Were Prince George and Princess Charlotte Set to Make Their Trooping the Colour Carriage Debut This Week?

Unfortunately for royal watchers, the constraints on families being together during the pandemic meant the Queen took in the 20-minute ceremony solo. Normally, grandchildren Prince George, Princess Charlotte, and Prince Louis would be waving from the balcony alongside their parents, Prince William and Kate Middleton, and other relatives of the Queen. William and his father, Prince Charles, and other senior members of the family would have taken part in the parade and accompanying events.

Despite a hope that her husband Prince Philip – who was photographed alongside her for a special portrait released last week on his 99th birthday – might be spotted observing the festivities from a window, he was not seen.

The ceremony was commanded by Lieutenant Colonel Henry Llewelyn-Usher and music included some stirring Welsh favorites conducted by Lieutenant Colonel Simon Haw. Garrison Sergeant Major Warrant Officer Class 1 Andrew Stokes, who masterminded the design of the unique ceremony, said in a statement released to PEOPLE, "The Army teaches individuals many skills, but one of the greatest is teamwork, and this parade is a marvelous display of that: a collaboration of ideas and new thinking to celebrate the leadership of the Sovereign on her official birthday."

"With fewer people on parade there is no hiding place, there never is, and only the highest standard is acceptable, but more spacing between individuals means that there is also no room for errors, and so the soldier has to really concentrate on their own personal drill, reaction to orders, dressing and social distancing," he said.

Lance Corporal Chusa Siwale, 29, from Zambia, took the role of Lone Drummer for the ceremony, delivering the "Drummer’s Call" to instigate the color being ‘Trooped’ through the ranks. He is part of the Welsh Guards’ assault pioneer platoon and deployed to Afghanistan in 2018 as a Force Protection Commander where he was awarded the Exemplary Leadership Award from the Commanding Officer.

"It is a huge privilege for me to be undertaking this key role in the parade at what is a very difficult time for the U.K. Only four weeks ago, I was involved with testing key workers for COVID-19 as part of the Welsh Guards' contribution to the battle against the virus; now I am on parade performing in front of Her Majesty," he said. "This is a very proud day for me." 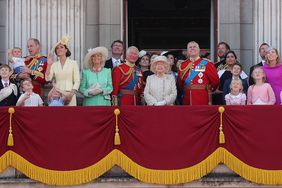 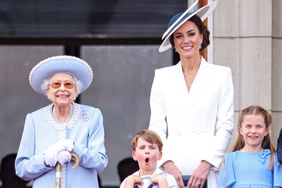