Queen Elizabeth Just Revealed She Doesn't Drink Wine (She Has Another Drink of Choice!)

Queen Elizabeth passes on wine — at least, her own wine.

The 93-year-old monarch visited the National Institute of Agricultural Botany near Cambridge on Tuesday to celebrate 100 years of crop research, where conversation turned to the rising popularity of English wine.

Tina Barsby, chief executive of NIAB, told reporters, “NIAB is involved in almost every crop, and one of our people mentioned we had an experiential vineyard in Kent and she said she had some vines in Windsor.”

“I told her that the official wine for the Oxford and Cambridge boat race was English sparkling rather than French champagne, and that English wine was becoming more popular and much better,” Barsby continued. “And she said, ‘I don’t actually drink wine myself, but I hear it’s very good.’ ”

Royal Bottoms Up! See Kate Middleton, Prince Harry and the Queen Get Their Drink On

Wine may not be the Queen’s drink of choice, but a 2017 report by Business Insider said the monarch enjoys not one, not two, not three, but four cocktails a day.

Just before lunch Queen Elizabeth reportedly has her first cocktail of the day, a gin and Dubonnet with a slice of lemon and a lot of ice, according to Darren McGrady, a former royal chef.

The late Margaret Rhodes, the Queen’s cousin, claimed that the Queen will also imbibe in a dry gin martini with lunch for good measure.

The Queen then balances out her day during afternoon tea, where she sips on an herbal drink and enjoys a sweet, such as a slice of pie or chocolate biscuit cake.

Finally, she ends her day with a light dinner and follows a “no starch” rule if she’s dining alone, according to McGrady. She then finishes it all off with an elegant glass of champagne before heading off to bed.

The wife of King George IV started things off with a glass of Dubonnet and gin before lunch, which was usually served in the drawing room or out in the garden when weather permitted at Clarence House, where she lived from 1953 to 2002.

The Queen Mother then enjoyed wine with her meal.

Major Colin Burgess was responsible for mixing a martini or two before dinner for the Queen Mum, and she sipped Veuve Clicquot champagne as she ate.

Burgess previously recalled working for the royal for the Daily Mail, noting her “fondness for red wine, particularly heavy clarets, which she loved” and drinking a bottle and a half at his first meeting with her.

“Following my appointment, I discovered the Queen Mother’s pattern of drinking rarely varied,” he wrote. “At noon, she had her first drink of the day — a potent mix of two parts of the fortified wine Dubonnet to one part of gin. This was followed by red wine with lunch and, very occasionally, a glass of port to end it.”

“Later came the ritual observed at 6 p.m., deemed the earliest acceptable time for an evening drink,” he recalled. “‘Colin, are we at the magic hour?’ the Queen Mother would invariably ask, and I’d mix her a martini. After a couple of these, she would sit down to dinner and drink one or two glasses of pink champagne.” 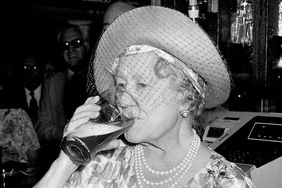 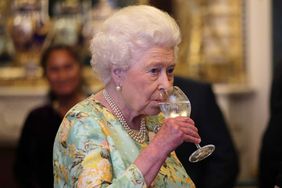 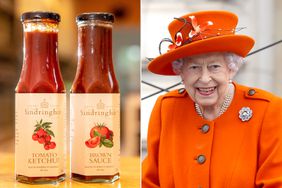 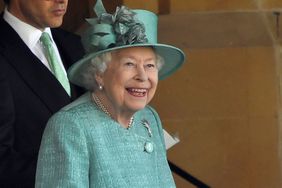 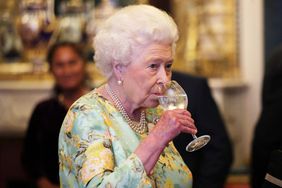 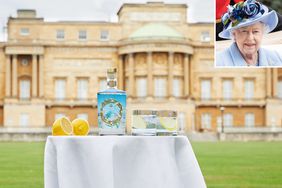