The mother of the bride is American-born Queen Noor, who attended the socially-distanced wedding in England

Princess Raiyah of Jordan wed British journalist Ned Donovan in England on Tuesday – and American-born mom Queen Noor was there to celebrate.

“Thank you all for your kind messages on our wedding!,” Princess Raiyah posted on Twitter shortly afterward.

“While it was originally planned for April in Jordan, the pandemic derailed those plans and it was safer for my husband’s family to hold it in the UK,” she added alongside an image of the wedding party enjoying the couple’s socially-distanced big day.

“God willing we look forward to celebrating in Jordan once the situation allows.”

The coronavirus pandemic also resulted in the cancelation of another royal wedding — Queen Elizabeth's granddaughter Princess Beatrice postponed her May nuptials due to the lockdown.

A statement released at the time read, "The Royal Hashemite Court extends its sincere congratulations to Her Royal Highness Princess Raiyah and to Mr. Donovan on this occasion."

Donovan's website shows that he has worked as a freelance foreign correspondent for the Daily Mail and The Times, as well as maintaining the @UK_Laws Twitter account to monitor new government legislation in the UK.

"I recently completed an intensive Modern Standard Arabic course which taught me two things," he adds on his site. "That my Arabic is not very good, and that I will keep trying to improve it."

Raiyah's mother, Queen Noor, was originally born Lisa Halaby in Washington, D.C. in August 1951. Her life — and name — changed forever when she took a job working as a designer for the Jordanian national airline and was swept off her feet by King Hussein at a reception in the Jordanian capital, Amman.

“I never felt American when I married,” she told PEOPLE after her return to the U.S. in 1980. “America was a place where I grew up, studied and developed a foundation for living. It’s not that I’m rejecting America, but I’ve always felt at home in Jordan. I felt from the start I belonged here. This is my country.” 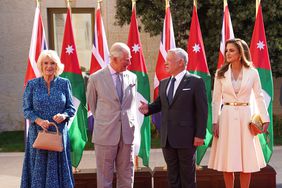 Portrait of a Princess to Be: Lisa Halaby's Friends Tell of Her Life Before Hussein

A Man of Vision 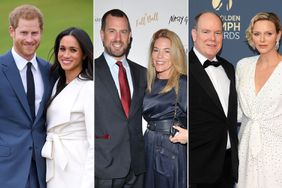