"Elizabeth was getting more and more cross as the evening went on," Richard Burton's friend says

Princess Margaret liked a party, and she liked hanging out with movie stars and other leading showbiz figures of her day. But when the two worlds collided one evening, the princess almost got into hot water with screen queen Elizabeth Taylor.

Fifty-one years ago, when Taylor and husband Richard Burton were in London celebrating the royal premiere of the film Staircase, Queen Elizabeth’s younger sister — who died in 2002 — joined them and friends for dinner at the Dorchester hotel.

Princess Margaret's Lady-in-Waiting Lady Glenconner Opens Up: 'We Would Roar With Laughter'

Eagles’ longtime association with Burton, who was famously twice married to Taylor, brought him close to the tempestuous couple, and Taylor once entrusted him with her most precious diamonds, the lawyer (who is the U.K.’s oldest practicing solicitor) revealed.

“For years I was the only person in the world that had the key to [Taylor’s] jewelry, which was kept in a bank vault in England,” he said.

And when Taylor couldn’t decide what pieces to take with her to wear at Princess Grace of Monaco’s 40th birthday party, he had to use all his guile to get them through various border crossings.

Despite exchange controls in 1969 putting a £50 limit on the value of goods that could leave Britain, Eagles “managed to persuade customs officials to let him through” with two suitcases of jewels, The Times reported. 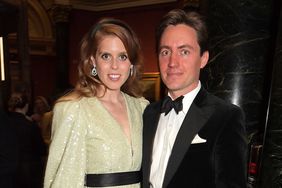