"This has been planned for some time," Swedish palace spokeswoman Margaret Thorgren confirmed

Princess Madeleine will fly to Sweden next week before giving birth to her third child in March — rather than deliver in her adopted hometown of London.

“This has been planned for some time,” Swedish palace spokeswoman Margaret Thorgren confirmed. “We’ve decided to go public with the information now.”

“The birth is scheduled for March and the princess will be home in Stockholm next week with her family,” Thorgren told the Swedish journal Svenskdam.

“The Princess is doing well, but the birth may not be entirely straightforward,” Thorgren added, referencing Madeleine’s cancellation of a public appearance following acute backpain after she flew to Stockholm for the December 2017 Nobel Prize celebrations.

Madeleine, 35, and her husband, businessman Chris O’Neill, 43, missed the opportunity to meet Prince William and Kate Middleton when the British royal couple visited Sweden last month. The no-show was attributed by a court spokeswoman to concerns about the Madeleine’s pregnancy.

The announcement ends speculation that the Swedish couple’s third child would, like the newest generation of British royal babies, be born at the Lindo Wing of London’s St. Mary’s Hospital.

Possibly to avoid criticism from Swedish taxpayers concerned about pressure on their national health service, Thorgren said that Madeleine would pay for private care while in Sweden. 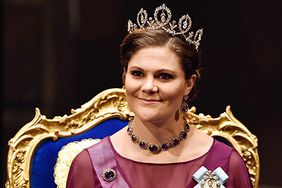 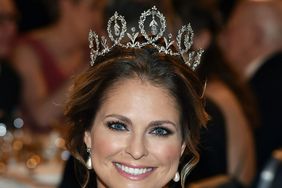 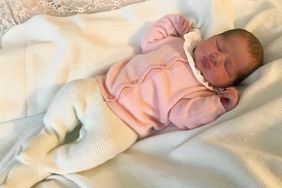