Princess Kate Ravishes in a $2,800 Plum Lace Dress – and Has a James Bond Moment!

Alongside Prince William, the royal mom met with the Chinese president and his wife and got up close with an Aston Martin

From diamonds at dinner to James Bond’s sports car.

Just a few hours after wearing a bespoke red Jenny Packham gown and the delicate Lotus Flower Tiara at her triumphant first state banquet, Princess Kate managed to dazzle despite the rainy English weather in a plum lace $2,800 Dolce & Gabbana dress on Wednesday.

The royal mom, 33, also got to marvel at a specially-made Aston Martin as she and husband Prince William hosted Chinese President Xi Jinping and his wife Madame Peng Liyuan at an event showcasing the cultural and business tie-ups between Britain and China.

The Aston Martin DB10 is one of only 10 made and used in the upcoming Bond movie Spectre. The royal couple and Prince Harry are attending the film’s premiere in London on October 26.

Explaining the car to the VIP guests, Michael Wilson, one of the producers of Spectre, said, “The president asked which film it was for, and I said it was the current film. He seemed interested to know what was going on. We are opening in China on November 13, so it is coming to China very quickly.”

Asked if President Xi was the sort of man who might have been a Bond villain in years past, he told reporters with a smile, “We were careful never to have politicians as villains.”

The “Creative Collaborations” event also featured Dr. Who‘s Tardis and portion of the stage show Matilda, as well as performances by Chinese singers and dancers.

After seeing the exhibits, William, 33, presented President Xi with a specially commissioned painting from the British filmmaking association BAFTA.

“It was a unique opportunity to showcase not only the best of British but also the relationships that are already happening in Britain and China,” said BAFTA Chief Executive Amanda Berry. “The President had a smile on his face all the way round and seemed to be incredibly engaged.”

The event came as it was announced that William’s United for Wildlife consortium of charities has been given a boost by a Chinese firm to help fund rangers’ battle against the poachers in Africa. 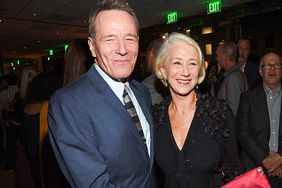 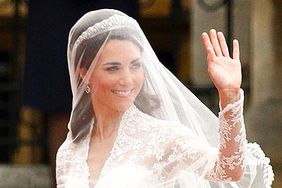 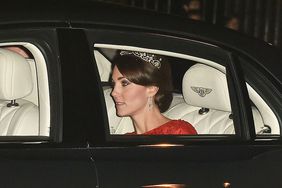 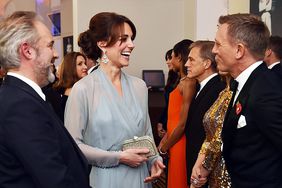 On Her Majesty's Red Carpet! Kate, William and Harry Dazzle at Bond Premiere in London 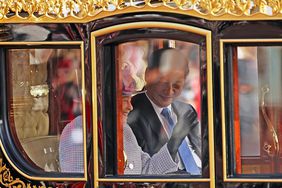