Princess Eugenie Is the First Royal to Launch a Podcast — Here's What to Expect!

The Queen's granddaughter, who also maintains her own Instagram account, is the first royal ever to launch her own podcast

Princess Eugenie is becoming the first royal to ever co-host a podcast.

The podcast will highlight the plight of modern slavery in association with Eugenie’s charity, The Anti-Slavery Collective, which she co-founded with her best friend, Julia De Boinville, in 2017.

Announcing the new initiative on Instagram on Wednesday, Eugenie and De Boinville posted a short video clip, talking about why slavery is a subject so close to their hearts.

“We are developing a podcast with Freedom United, and we will have a speaker series called ‘Tech Tackles Trafficking,’ ” Eugenie said. “Now is the time to talk about this, this is on everyone’s minds. And if it isn’t, we will make it on their mind.”

Eugenie, who wed Jack Brooksbank last year, is tenth in line to the throne, but she’s not an official working royal like her cousins Prince William and Prince Harry. She juggles several charity commitments amid her work as an art gallery director while often attending royal engagements.

“We are doing this for the person who can’t scream and shout like we can, for the women, girls, men, children all over the world,” she says of her new initiative.

While other royals have appeared on podcasts in the past, such as Prince Harry, who spoke candidly about mental health on journalist Bryony Gordon’s podcast in 2017, Eugenie is the first royal to launch her own.

Eugenie is also one of the only royals that has their own personal Instagram account. Since launching her account, Eugenie has shared photos of Jack Brooksbank, as well as throwbacks with her sister Princess Beatrice.

According to De Boinelle, modern slavery is at an all-time high, with an estimated 40.3 million slaves in the world today, the greatest number in history.

“This is a whole, much bigger issue that’s a hidden crime; it’s forced labor, forced marriage, domestic servitude, it’s people not being paid correctly, it’s the 2004 Chinese cockle pickers that died in Morecambe Bay,” explained the Queen’s granddaughter in the two-minute clip.

In April, Eugenie spoke at the Organisation for Security and Co-operation in Europe’s (OSCE) 19th Alliance against Trafficking in Persons Conference in Vienna to discuss how technology can not only support survivors and help break the cycle of human trafficking.

Princess Eugenie Launches New Podcast to Help 'Combat Modern Slavery': 'We Can All Do Something' 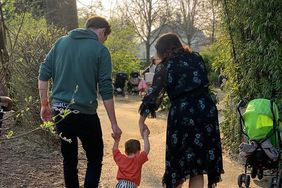 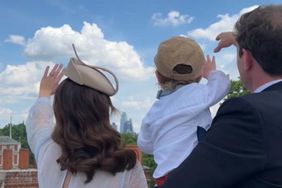 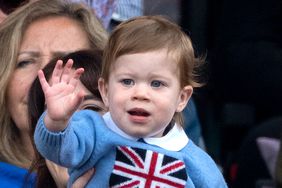