It's Nationaldagen (National Day) in Sweden and Princess Estelle and Prince Oscar are decked out in traditional garb for the celebration!

The scene-stealing 6-year-old daughter of Crown Princess Victoria and Prince Daniel is pictured wearing a traditional Swedish national dress in white, yellow and blue — the latter two colors appear on the country's flag. However, Estelle is too young to wear the hat, known as a Sverigedräkten, which is also part of the costume. The head scarf is only worn by Swedish princesses once they're married. Therefore, Estelle's mom Victoria is permitted to wear one, as are Princess Madeleine, Princess Sofia, and of course, Queen Silvia.

Sweden began officially celebrating the holiday on June 6 in 1983 to commemorate the day Gustav Vasa was crowned king in 1523, as well as the day a new constitution was adopted in 1809. Arthur Hazelius, the founder of Skansen, Stockholm's open-air museum, first suggested the idea for national day and started celebrating there as early as the 1890s.

Now each year the king and queen partake in a ceremony at the museum, during which the Swedish flag is run up the mast and children in traditional costumes present the couple with bouquets of summer flowers. 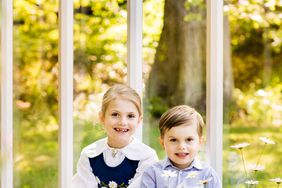 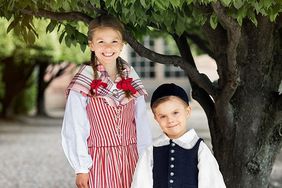 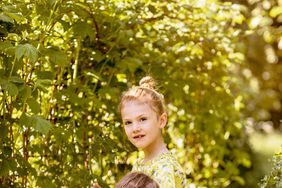 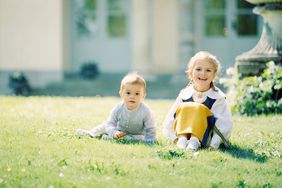 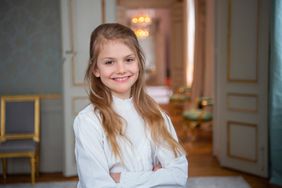 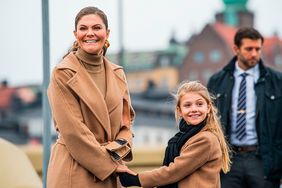