Princess Diana wrote a frightened note alleging Prince Charles was "planning an accident" for his wife so he could marry Tiggy Legge-Bourke, Prince William and Prince Harry's nanny

A new report revealing that Prince Charles was questioned by the U.K. police in 2005 about the death of his ex-wife, Princess Diana, has revived interest in the Princes of Wales' alleged relationship with Tiggy Legge-Bourke.

Former head of Scotland Yard John Stevens recently told the Daily Mail that he spoke to Prince Charles about a note that Princess Diana wrote in 1995 which said, "My husband is planning 'an accident' in my car, brake failure and serious head injury," so that he could marry Tiggy, who was a nanny for Prince William and Prince Harry.

Diana added in the note that Charles's current wife, Camilla, Duchess of Cornwall, "is nothing but a decoy."

Tiggy (now Pettifer) was hired by Prince Charles as a nanny for William and Harry in 1993, shortly after Charles and Diana separated. She joined the princes on vacations and maintained a close relationship with them, with both of them attending her wedding in 1999.

In return, Tiggy was a guest at Prince Harry and Meghan Markle's 2018 wedding — and was named a godmother for their first child, son Archie ( daughter Lilibet Diana was born earlier this month).

Tiggy was back in the news this year when it was revealed that Diana had once become so convinced of the nanny's affair with Charles — in part stoked by a fake abortion "receipt" for Tiggy that BBC journalist Martin Bashir allegedly presented to Diana in an attempt to land a 1995 interview for the Panorama news program — that the Queen's private secretary, Sir Robert Fellowes, launched an investigation into Diana's claims.

After a months-long investigation, Scotland Yard confirmed in early March that Bashir won't face criminal charges over the allegations he also faked bank statements to secure the sit-down.

Prince Charles was interviewed at St. James's Palace as a witness two years into the investigation after the note became public in 2003.

Stevens regretted that he and his officers did not interview Bashir. 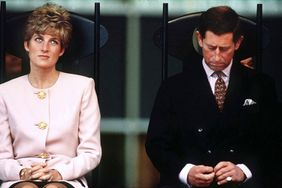 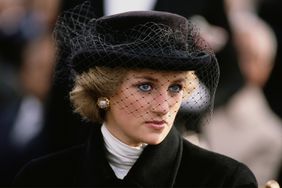 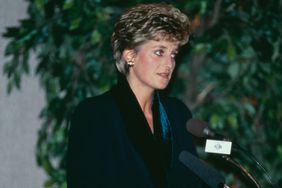