The royal parents chose verses from Matthew 18 and the hymn "Praise to The Lord, The Almighty" for the service

Despite wet skies, Princess Charlotte‘s christening went off without a hitch – and her family has made their first public appearance as a foursome!

Around 4:30 p.m. U.K. time – luckily, after the rain cleared – Prince William and Princess Kate and their children, 2-month-old Charlotte and nearly 2-year-old Prince George, made the stroll into Sandringham’s St. Mary Magdalene church in Norfolk, some 110 miles north of London.

Pushed by her adoring mom Kate, Charlotte rode in a vintage Millson stroller used by the Queen for her younger children, Princes Andrew and Edward.

Meanwhile, an impeccably behaved Prince George held tight to his father’s hand and appeared to be wearing a Rachel Riley design similar to one William wore to meet his little brother Prince Harry.

As they left a short while later following the service, Kate bounced Charlotte around in her arms as she chatted with the Queen. George was again at William’s side, along with nanny Maria Turrion Borrallo in her traditional Norland Nannies uniform.

George seemed fascinated with the crowds and kept turning back, straining on his dad’s arm as he looked at the people cheering the family. He also gave a little wave to the delight of fans.

The family was joined by both sets of grandparents: Prince Charles and his wife Camilla, Duchess of Cornwall, and Carole and Michael Middleton, as well as Kate’s sister Pippa and her brother James. The Queen, 89, and her husband Prince Philip, 94, were present, along with Charlotte’s newly announced godparents.

“It was absolutely magical,” Pauline Richmond, from the neighboring county of Lincolnshire, tells PEOPLE. “My husband Tony says it is a 300-mile round trip to see a pram being pushed! But it was lovely. And to see George walking with them, you could see they are such a close family.”

While William and Kate talked to their guests and the Archbishop of Canterbury, George dashed off for a 10 ft. run in the churchyard. “We could see George running away from his dad,” says Marie Scott, 44, who’d arrived early to get a prime spot.

“When they came back out, George was waving but he had a little hiccup and Prince William picked him up. They looked perfect – a perfect family. Kate looked radiant.”

There was a brief rain shower during the half-hour service, but the skies brightened again when the family emerged.

That meant the stroller hood was lowered, enabling the royal fans among the 2,000-strong crowd to see Charlotte up close.

And Charlotte Rose Diaper, 15, was thrilled to show off her phone picture of her namesake being pushed in her pram.

“They all looked so pretty and beautiful,” she says.

Like George before her, Charlotte was dressed in a replica of the historic royal christening gown first worn by Queen Victoria’s daughter, also named Victoria, in 1841.

The palace previously revealed that William and Kate chose two hymns for the service: “Praise to the Lord, The Almighty,” which was sung in Westminster Abbey at the 60th anniversary of the coronation of Queen Elizabeth and “Come Down, O Love Divine”.

James Meade, a classmate of William’s from Eton College and one of Charlotte’s godparents, was set to read from Matthew 18, verses 1-5.

The anthems, both by English composer John Rutter, were to be sung with help from the Sandringham Church Choir: “I Will Sing With The Spirit” and “God Be In My Head”. The recessional organ music will be G.F. Handel’s Overture and Allegro from Concerto VIII in A.

The Archbishop of Canterbury is performing the baptism, supported by the Reverend Canon Jonathan Riviere, the Rector of the group of churches in the estate’s area.

The service is expected to last about an hour, with the family then leaving the church and returning to the Queen’s Sandringham house for a portrait session with Mario Testino and an afternoon tea created by the royal chefs – including, the palace revealed, slices of a tier of William and Kate’s wedding cake saved for the occasion. 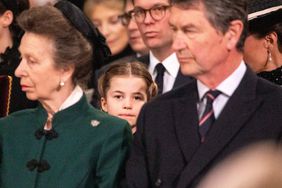 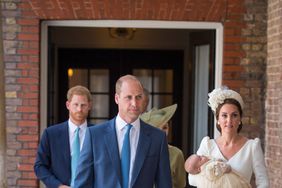 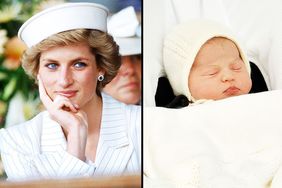 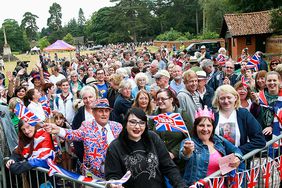 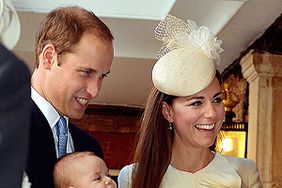 Prince George's Christening: Who's Who & What's What 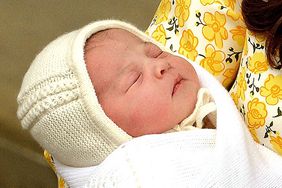 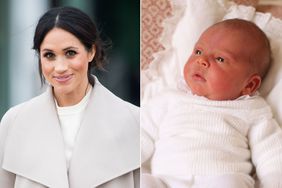 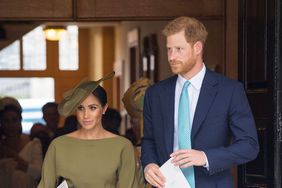 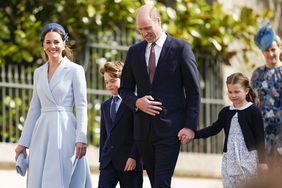