Princess Charlene looked elegant as ever as she and her husband Prince Albert II made their entrance at Monaco’s annual Bal de la Croix Rouge on Friday.

Charlene, 40, wore a silvered Versace floor-length gown, which she accessorized with glamorous jewelry from Repossi.

Meanwhile, Albert, 60, wore an off-white tuxedo jacket, which he paired with black pants and a red bow tie.

Speaking with PEOPLE ahead of the 70th anniversary of the black-tie event, Albert, who serves as the event’s patron, called it the highlight of the principality’s summer calendar.

“The Red Cross Gala is unique,” he said. “There’s great history there. It’s the highlight of the summer in terms of social and charity events.”

Albert discussed event’s history, explaining that even though the annual ball started under his father, Prince Rainier, it really took flight under his mother, Princess Grace: “Pretty soon after their wedding, in ’58, Mom took it on and then, it became something else.”

“I remember we would see Mom and Dad get ready for it when we were kids,” the Prince recalled. “It was always something to see. I didn’t attend it until I was 16. But I haven’t missed too many years since then.”

The event, which is widely known for its fabled parade of designer gowns, also features a signature opening: a dance between Albert and his wife, with whom he shares 3-year-old twins Prince Jacques and Princess Gabriella.

Charlene recently got back from a 10-day visit to South Africa, attending the 100th-anniversary celebration of Nelson Mandela’s birth, where she met with former President Obama, who addressed the stadium ceremony, and Archbishop Desmond Tutu.

“She had a great trip, I know that,” Albert told PEOPLE. “I know that she was thrilled to be part of the event, that she enjoyed it. She did some work for her foundation as well, and she wanted to see Desmond Tutu too. He’s a great man and he’s very fond of her.”

However, Albert confessed that “she hasn’t given me a lot of details because she’s only gotten back early yesterday morning and she went straight home to see the kids.” 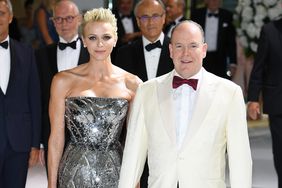 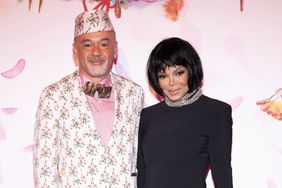 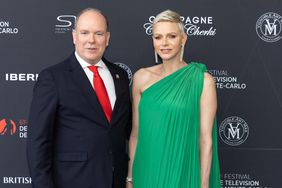