Princess Charlene reunited with her husband, Prince Albert, and their 6-year-old twins on Monday after medical complications forced an extended stay in her home country of South Africa

Princess Charlene is settling back into family life after prolonged medical struggles kept her thousands of miles away from Prince Albert and their 6-year-old twins, Prince Jacques and Princess Gabriella, for months.

Four days after Charlene's return to Monaco, Charlene's sister-in-law Chantell Wittstock told the South African outlet News24, "The princess is extremely happy to be back home with her family."

Wittstock is the director of the Princess Charlene of Monaco Foundation in the princess's home country of South Africa, where she had been staying after ear, nose and throat complications from a procedure in May required several corrective surgeries that grounded her for the last six months.

Previous reports had cited Wittstock in implying that Charlene might be looking for her own apartment beyond palace walls, but Wittstock "absolutely" refuted the claims and told News24 that Charlene "will be staying with her husband and children."

This was just the latest rumor concerning the relationship between Charlene and Albert, 63. Speculation concerning the princess's six-month absence from Monaco had tabloids suggesting a marital rift or prospective divorce, as well as questioning the nature and degree of her illness.

The prince expressly dismissed the chatter in an exclusive interview with PEOPLE in September, explaining that his wife's extended stay in South Africa "was absolutely just a medical problem which had to be treated." He also acknowledge that speculation about their marriage "affects her, Of course it affects me. Misreading events is always detrimental. ... We're an easy target, easily hit, because we're in the public eye a lot."

And a friend of the couple previously insisted that, no matter what, the princess would prioritize her family, telling PEOPLE: "She'll never leave her kids."

In October, Albert told PEOPLE that his wife was "in good form and much better spirits" and would be returning before the principality's National Day ceremonies on November 19.

Earlier this week, the 43-year-old former Olympian shared a photo with her reunited family on Instagram that was captioned, "Happy day today Thank you all for keeping me strong !!"

About a month ago, Princess Charlene shared her excitement at finally reuniting with her family.

"I'm well, I'm feeling much stronger," she said in an an interview shared on her Instagram. "I can't wait to get home to my children, who I miss terribly. I think if there is any mother out there that has been separated from her children for months, [she] would feel the same way I feel."

Charlene, Albert and the royal twins will have plenty to keep them busy — Charlene brought home a Rhodesian Ridgeback puppy named Khan, who is sure to get the royal treatment from the dog-loving family. 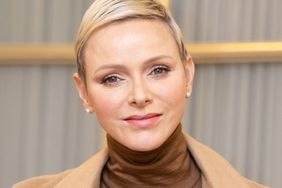 Princess Charlene Says Her Family Is Her 'Rock' During Health Recovery: 'I Feel So Much Better' 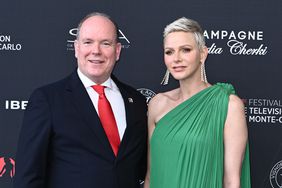 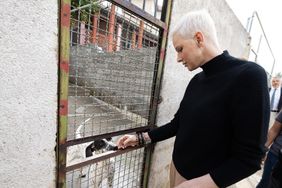