The couple celebrated their engagement party in London last week

Princess Beatrice was joined by fiancé Edoardo Mapelli Mozzi for the royal family’s traditional Christmas walk to church for the first time on Wednesday.

The couple announced their engagement in September after the multi-millionaire property tycoon proposed during a trip to Italy earlier in the month. The nuptials are expected to take place in early summer, with an announcement on the date to come in January after the general election in the U.K.

Beatrice and Mozzi were joined by the royal’s younger sister Princess Eugenie and her husband Jack Brooksbank on their walk to church. Mozzi’s appearance came as Prince George, 6, and Princess Charlotte, 4, also made their debuts alongside parents Prince William and Kate Middleton.

“They were really happy to be surrounded by all their friends,” a friend of the couple tells PEOPLE. “They spent the time going around the room making sure they said hello everyone.”

Beatrice’s father Prince Andrew, however, was absent from the event. Andrew likely skipped the party, which was thrown by Mozzi’s mother at Chiltern Firehouse, due to the ongoing controversy surrounding his ties to convicted sex offender Jeffrey Epstein.

A source tells PEOPLE that the couple’s wedding plans are underway, and Prince Andrew will likely play a major part in his daughter’s wedding despite the scandal surrounding his relationship with convicted sex offender Jeffrey Epstein that caused him to “step back” from his royal duties.

“I definitely think he will walk her down the aisle,” a source tells PEOPLE in this week’s issue. “He plays a very traditional role in her life. She’s his greatest supporter.”

“This is obviously very hard times,” adds the insider.

Andrew was also missing from the royal family’s public walk to church. Instead, he attended an earlier service with his brother Prince Charles and the Queen. 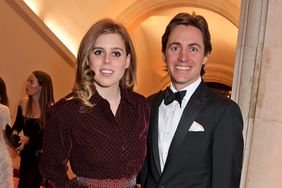 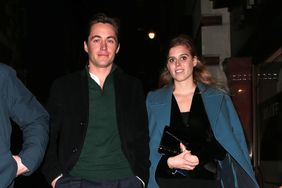 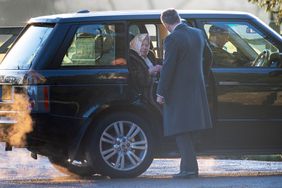 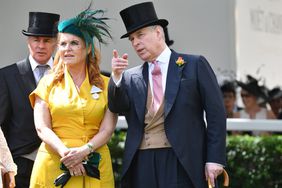