Princess Beatrice is getting a little rest and relaxation with a few of her famous friends before her cousin Prince Harry‘s royal wedding in May.

The 29-year-old appeared happy in a group photo with a large group of friends in the Wadi Rum Desert in Jordan on Tuesday including supermodel Karlie Kloss and Ellie Goulding.

Among others invited to the trip were Kloss’ boyfriend Joshua Kushner, brother of Jared Kushner, and Misha Nonoo, Meghan Markle‘s fashion designer friend who is rumored to have introduced her to her soon-to-be husband.

Nonoo shared the group picture on her Instagram Story, with the caption, “Wadi Rum,” as Beatrice knelt next to Kushner with his hand on her shoulder while Goulding hugged boyfriend Caspar Jopling on the far left-hand side of the photo.

Goulding, 31, even gave her friends a rendition of her 2012 hit single “Burn” a cappella while strumming with her guitar.

Kloss previously shared photos of her vacation with Goulding in which they both sat atop ATVs while riding through the desert, with the caption, “Goulden hour 🌞.”

The supermodel, 25, also posted a photo of herself with longtime boyfriend Kushner sitting inside of an ATV with her face covered as he smiled at the camera.

“My ride or die ❤,” she captioned the photo.

While Beatrice’s friends come from all walks of high society life, one in particular, Nonoo, stands out. Meghan, 36, has frequently worn Nonoo’s design, most notably during the Invictus Games in September 2017 when the soon-to-be-royal made her first official appearance with Harry wearing a white “Husband Shirt.”

When asked for comment at the time, a representative for Nonoo told PEOPLE: “Misha will not be discussing anything surrounding her relationship with Meghan.”

Nonoo was previously married to Alexander Gilkes, the co-founder of Paddle 8, an online art auction house that once employed Harry’s cousin and Beatrice’s sister, Princess Eugenie. Gilkes is also one of Harry’s closest friends so Nonoo would have undoubtedly become well acquainted with Harry during her marriage to Gilkes.

Nonoo met Markle several years ago at a lunch in Miami where they were seated next to one another. They instantly became friends, and “got along like a house on fire,” Nonoo told the Evening Standard in October.

“I love her to death,” Nonoo said. “She is the coolest girl in the world.”

Meghan recently said goodbye to her acting career in the season 7 finale of Suits. The actress, who played Rachel Zane since the show’s inception, retired with a TV wedding less than one month before her real-life nuptials to Harry.

While she may no longer be acting, the bride-to-be is busily preparing for her wedding at St. George’s Chapel at Windsor Castle on Saturday, May 19. It’s unclear who will be Meghan’s maid of honor, but it was recently announced Prince William will serve as his brother’s best man. (Harry served as best man for William’s wedding in April 2011.) 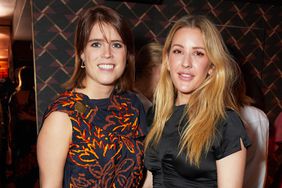 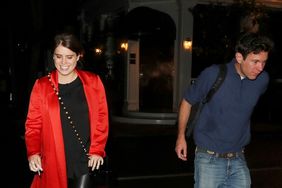