Prince William is honoring wildlife conservationists who are protecting endangered species in Africa.

The royal attended the annual Tusk Conservation Awards at the BFI Southbank in London on Monday, marking a glittering return to an in-person ceremony for the charity as last year's event was conducted virtually amid the COVID-19 pandemic.

The awards were launched by William in 2013 and are a high point in his calendar. The Tusk Trust, which has been running the awards since 2013, is one of William's longest-running causes — it was one of the first patronages he chose when he began his public life soon after he graduated from college.

During the ceremony, he presented each of the winners with their awards, before making a short speech. Afterward, he spent time with the winners and key members and supporters of the trust to hear more about their vital work on the frontline of conservation efforts in Africa.

"Earlier this evening I spent time chatting to the award winners and finalists. Their courage, determination and commitment to African conservation is deeply humbling," William said, in part, in his speech.

"As ever, it's been fantastic to see their outstanding work on the big screen," he added. "These wonderful films really bring their powerful and inspiring stories to life."

William noted that it's been two years since being able to stage a live Tusk Awards event. "In that time," he said, "the world has been turned upside down as a result of the COVID-19 pandemic."

"Africa has been hard hit, as economies, jobs and livelihoods have been devastated by lockdowns and travel restrictions," he continued. "Many of the Tusk projects I have been lucky enough to visit have been hugely impacted, particularly where there is a dependence on tourism to underpin their conservation work. The work that Tusk does has never been more important."

Tusk is a key part of William's longstanding commitment to conservation and has seen him traveling the world highlighting a plea for endangered wildlife and for changes to be made by politicians to counter the world's environmental challenges. Last month, his friend and Tusk's CEO Charlie Mayhew told PEOPLE that the prince "is not the sort of person to shy away from having difficult conversations. He doesn't pull his punches."

His environmental journey has reached new heights with his Earthshot Prize, which aims to promote impactful approaches to the world's most pressing environmental challenges. Last month saw the inaugural Earthshot Prize ceremony, which William helped host along with wife Kate Middleton.

Earlier this month, he and Kate attended the COP26 climate talks to help keep up the pressure for a decision on cutting carbon emissions. 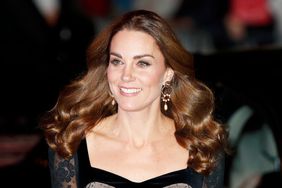 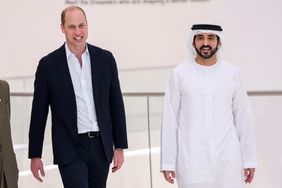