Even Prince William can get starstruck!

In a sneak peek clip from an upcoming ITV and HBO documentary, Diana, Our Mother: Her Life and Legacy, William, 35, revealed that he turned “bright red” when his mom, Princess Diana, set up a birthday surprise for the young royal that involved some very famous supermodels.

“When I came home from school [she organized] to have Cindy Crawford, Christy Turlington and Naomi Campbell waiting at the top of the stairs,” William recalled in the clop. “I was probably 12 or 13 year old boy who had posters of them on his wall.

“And I went bright red and didn’t quite know what to say and sort of fumbled,” he continued. “I think I pretty much fell down the stairs on the way up. I was completely and utterly sort of awestruck.”

“That’s lived with me forever about her loving and embarrassing and sort of, you know being — being the sort of the joker,” he added.

The sneak peek also featured Prince Harry remembering how “naughty” his late mother could be when he was younger by sneaking him sweets at school.

“One motto she told me was, ‘It’s O.K. to be naughty as long as you don’t get caught,’ ” Harry said. He also added that one of his strongest memories of Diana was the sound of her laughter. 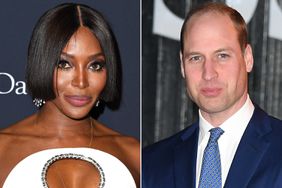 Naomi Campbell on Working with Princess Diana to Surprise a Teenage Prince William: 'It Was So Sweet' 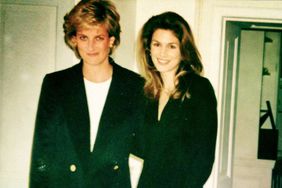 Cindy Crawford Recalls Meeting Princess Diana at Kensington Palace: 'It Was Like Talking to a Girlfriend'