"I was in Balmoral when I was told that my mother had died," Prince William said during his royal tour in Scotland

Prince William has had some of his happiest and saddest memories in Scotland.

While speaking at the General Assembly of the Church of Scotland on Saturday, May 22, during his royal tour of Scotland, the Duke of Cambridge opened up about his personal connection to the country.

"Along with listening this week, there is something I do want to tell you. Scotland is incredibly important to me and will always have a special place in my heart. I've been coming to Scotland since I was a small boy," he said. "As I grew up, I saw how my grandmother relishes every minute she spends here. And my father is never happier than when walking among the hills."

"In short, Scotland is the source of some of my happiest memories. But also, my saddest," added William, noting that he was at Balmoral Castle when he learned of his mother Princess Diana's death in 1997.

"I was in Balmoral when I was told that my mother had died. Still in shock, I found sanctuary in the service at Crathie Kirk that very morning," he said. "And in the dark days of grief that followed, I found comfort and solace in the Scottish outdoors. As a result, the connection I feel to Scotland will forever run deep."

As the speech continued, William went on to focus on some of the happier memories he has of Scotland, including meeting wife Kate Middleton — who will be joining him on the trip Monday.

"And yet alongside this painful memory, is one of great joy. Because it was here in Scotland – twenty years ago this year — that I first met Catherine," he said of his wife of 10 years, whom he met while they were both studying at St. Andrews.

"Needless to say, the town where you meet your future wife holds a very special place in your heart," he added, noting that their love of Scotland is something they will pass along to their three children. "George, Charlotte and Louis already know how dear Scotland is to both of us, and they are starting to build their own happy memories here too. We have no doubt they will grow up sharing our love and connection to Scotland from the Highlands to the Central Belt, from the Islands to the Borders"

William's speech came just two days after news that the inquiry into his late mother's interview with the BBC's Panorama 25 years ago had been secured by deception. In a statement released on Thursday, he strongly criticized the "deceitful way the interview was obtained" and said "lurid and false claims" fueled his late mother's "paranoia" in the last years of her life.

"But what saddens me most, is that if the BBC had properly investigated the complaints and concerns first raised in 1995, my mother would have known that she had been deceived. She was failed not just by a rogue reporter, but by leaders at the BBC who looked the other way rather than asking the tough questions" he said of the network and of BBC reporter Martin Bashir, though he did not specifically name him.

Diana was infamously candid in the 1995 interview with Bashir. She opened up about her struggle with bulimia, the breakdown of her marriage to Prince Charles, the pressures of wedding a future monarch and raising young sons. She died less than two years later at 36.

Prince Harry also released a powerful statement in response to the inquiry. "Our mother was an incredible woman who dedicated her life to service. She was resilient, brave, and unquestionably honest. The ripple effect of a culture of exploitation and unethical practices ultimately took her life," he said.

"Our mother lost her life because of this, and nothing has changed. By protecting her legacy, we protect everyone, and uphold the dignity with which she lived her life. Let's remember who she was and what she stood for," he said.

Following the release of the report, BBC Director-General Tim Davie issued an apology in a statement.

"It is clear that the process for securing the interview fell far short of what audiences have a right to expect. We are very sorry for this," the statement read. "While today's BBC has significantly better processes and procedures, those that existed at the time should have prevented the interview being secured in this way."

"While the BBC cannot turn back the clock after a quarter of a century, we can make a full and unconditional apology. The BBC offers that today," the statement continued.

In a statement on the BBC, Bashir also apologized for mocking up the documents but said he remained "immensely proud" of the interview.

Bashir quit his post as BBC religion editor ahead of the network's release of the inquiry report. 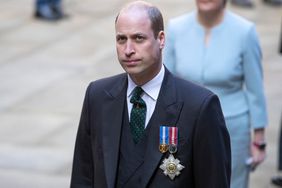 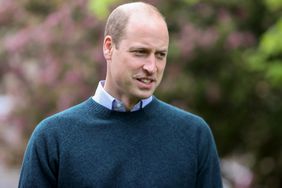 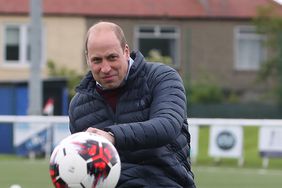