"I grabbed the Twitter thing and I just posted it," Prince William confesses

Prince William is opening up about a time when he couldn't resist posting to the official Kensington Palace Twitter account.

During a recent episode of The Peter Crouch Podcast, William, 38, talked about the social media account — which represents his royal work with his wife Kate Middleton — and his involvement with it.

When asked if he controls the account on the podcast, William shared with a laugh, "No, they deliberately keep me away from that," before he came clean about being compelled to tweet after Liverpool won their Semi-Final against Barcelona back in May 2019.

"When Liverpool did that amazing [game against Barcelona] I went mental, I grabbed the Twitter thing and I just posted it," he said. "It was an amazing match. I was literally blown away by it. It was one of the best games of football I've ever seen. And I got completely out of control and I just went, 'Tweet that, get it out. Give it here!'"

"Well done Liverpool - an incredible result, what a comeback," the future king previously tweeted in May 2019 as he signed the tweet with a "W" for William.

William, who is a big fan of the British team Aston Villa, also noted that he's been tempted to try and tweet about them recently as well.

"Nearly every Villa game we've won, which hasn't been many this season, I've been trying to get a hold of it," he said, referring to the Kensington Palace Twitter account. "They keep it away from me now. I have to fight them for it."

William, however, did take to the professional twitter account on Sunday after Villa managed to stay in the Premier League.

"Never in doubt 😬 #UpTheVilla W," William tweeted alongside a video of the team celebrating and singing Neil Diamond's "Sweet Caroline."

During the conversation, which initially took place in March and then again on video chat, William was also asked about whether his children have any interest in the sport, before he spoke about taking two of his children, Prince George and Princess Charlotte, to an Aston Villa match last October.

"George started to get really into it by the end. I’m trying not to persuade him to be a Villa fan – I’m letting him choose his own way. It’s about finding what fits for him,” William said of his 7-year-old son.

"I do like the values and the ethos of the club," he added. "I want them to look after the players and set a good example to the young fans. I want our children, when they go the match, to come away loving what they’ve seen, enjoying it, and seeing their role models behave in a way that we’d all want them to."

William also noted during the chat that soccer gives him a great release, especially since he became a father.

“Since being a dad, football has become way more important to me than it ever used to. It’s really weird. I need to go and let off a bit of steam. It’s become a lot more relevant to me and I need it," he shared. 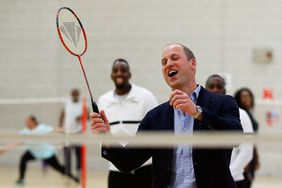 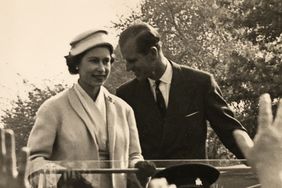 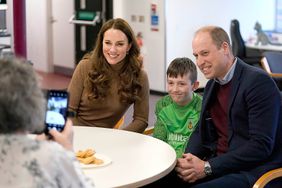 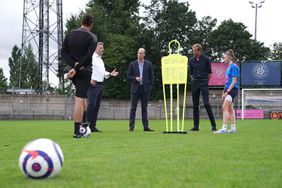