While hanging out in a park with Kate Middleton and Prince William during their outing in Blackpool, one royal fan casually called the Queen’s grandson by his nickname – and quickly caught herself!

Ellie Mae-Coleman, 30, from Blackpool, was at Revoe Park for the couple’s visit on Wednesday. The community garden and park has been transformed from a drug users’ hangout to a safe space for young children to play, fathers’ groups to gather and a forest school to promote outdoor learning, which Mae-Coleman visits with her 2-year-old daughter, Bella.

“William was asking what we get up to,” she said. “We do all sorts of things, mini beast hunts, make dens, and of course, toast marshmallows!”

But the mother forgot protocol when she used the prince’s nickname – however, he didn’t appear to mind the slip-up.

William previously expressed his lack of fondness for formal interactions.

Those who attended lunch with the royal couple in November at charity Centrepoint were given a laminated protocol card with a quick run-down of how to interact with them. The tips included what to call the pair — “Your Royal Highness” on first greeting, followed by “Sir” or “Ma’am.” The card even shared the correct pronunciation, adding that Kate’s address should rhyme with the word “tram.”

As the couple sat down to lunch, William joked with 23-year-old Chelsea Jenkins about the instructions.

“He just laughed about it,” Jenkins says. “He said something about updating it.”

The card also included that Prince William and Princess Kate will initiate handshakes and a “respectful lowering of the head” was appropriate over a bow or curtsy.

During the royal couple’s visit to the park, William also joked with a fellow father about the struggles of styling their daughters’ hair.

“Never try to do a ponytail! Nightmare,” the prince joked with the member of the Dads 4 Life charity.

William also added that he could do a ponytail on 3-year-old daughter Princess Charlotte but confessed “that’s about it as I don’t have enough hair to practice on!” 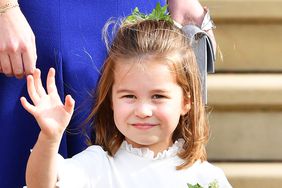 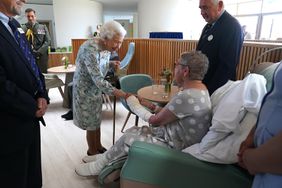 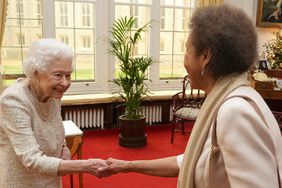 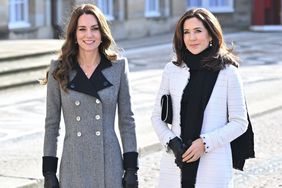