William & Kate Say a Prayer for the Queen, Inspire Youth in Quebec City

After an interdenominational prayer service, the couple meet at-risk youth in Quebec City

After spending the night aboard the Canadian frigate HMCS Montreal, Prince William and Catherine, Duchess of Cambridge began the fourth day of their North American tour by joining the 200 sailors aboard the ship for a Sunday morning prayer service.

Refreshed from a night’s rest in the captain’s quarters – during which they sailed up the St. Lawrence River from Montreal to Quebec City – the royal couple participated in an interdenominational service shortly before 10 a.m.

During the 45-minute service, prayers were said for the Queen and the Duke and Duchess, as well as for the Commonwealth and armed forces. The couple sang along in French to the hymn “Je Louerai L’Eternel (Praise, I Will Praise You Lord).”

“A Prince Looks Up to You”

Afterward, the two, greeted by more than 1,000 well-wishers and about 200 protesters, made their way across town to visit Maison Dauphine, a local organization that assists at-risk youth.

“They have an aura. There’s a purple light around them,” Marie-Pier, 23, one of members who showed the couple around the center, tells PEOPLE. “It puts you at ease.”

She adds: “They made us feel [that we are] important; forget about everything else going on around.”

The couple listened to stories, checked out art projects and watched jugglers. “The kids were all sitting at a table, and they were a little intimidated,” Marie-Pier says. “[William] told them at one point, ‘Don’t ever let people put you down – because a prince looks up to you.’ ”

William and Kate “kept looking at each other through the corner of the eye,” she says, adding, “You can see that they have a really strong connection. You can see the love in their eyes.”

For those who seek refuge at the Maison Dauphine center, the royal couple’s fairy tale-like story is inspiring in itself.

“People told Kate that she would never be married to William because she wasn’t of royalty, but they fought for their love and are strong,” Marie-Pier says. “A lot of the youngsters here are told the same thing – that you’ll never do anything with your life. Here at Maison Dauphine, we tell people to fight for dreams and fight for yourself.” 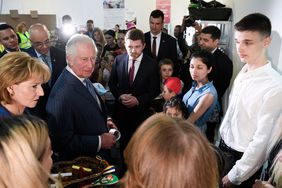 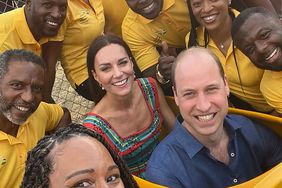 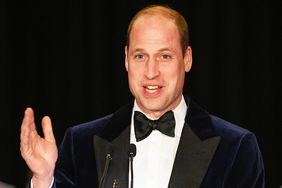