In 2007, William became president of The Royal Marsden NHS Foundation Trust, a position his mom once held

On the week of Princess Diana’s birthday, Prince William visited a cancer hospital close to his mother’s heart.

Arriving at the Royal Marsden hospital in Chelsea on Thursday morning, William smiled broadly as he greeted staff, and learned about the emotional and psychological support offered at the renowned cancer hospital, a key aspect of treatment.

In 2007, William became president of The Royal Marsden NHS Foundation Trust, which operates the hospital. In doing so, he followed in the footsteps of his mother, who became president in 1989.

Over the years, he has made multiple trips to the hospital: He worked for two days at their children’s unit back in 2005 and earlier this year he donned blue scrubs to watch two operations being performed using state-of-the-art robotic surgical technology.

William smiled as he chatted to staff members and patients in the hospital’s Ellis Ward, which specializes in breast, gynecological, urological and gastrointestinal cancers. He heard first-hand how cancer can have a devastating psychological effect on both patients, their families and even staff members.

William met a former patient, Julie, who was treated at the hospital for throat cancer. She spoke to William about the psychological support she received in conjunction with speech and language therapy.

<blockquote class=”twitter-tweet” data-lang=”en”><p lang=”en” dir=”ltr”>Meeting Julie, who was treated at the Royal Marsden for throat cancer. Julie also received psychological support from <a href=”https://twitter.com/royalmarsdenNHS?ref_src=twsrc%5Etfw”>@RoyalMarsdenNHS</a&gt; to deal with her relapse and treatment impact, together with speech and language therapy to get her speech and eating back to a ‘new’ normal. <a href=”https://t.co/GhEKXQ0GPm”>pic.twitter.com/GhEKXQ0GPm</a></p>&mdash; Kensington Palace (@KensingtonRoyal) <a href=”https://twitter.com/KensingtonRoyal/status/1146749117378510848?ref_src=twsrc%5Etfw”>July 4, 2019</a></blockquote> https://platform.twitter.com/widgets.js

William’s interest in the hospital dovetails with his advocacy for mental health. In 2017, he founded Heads Together with his wife Kate Middleton and brother Prince Harry, with an aim to change the national conversation on mental health and provide help for those with mental health problems.

• Can’t get enough of PEOPLE’s Royals coverage? Sign up for our newsletter to get the latest updates on Kate Middleton, Meghan Markle and more!

On Monday evening, William surprised a group of dedicated fans who had gathered outside his home, Kensington Palace, to mark what would have been Diana’s 58th birthday. Shaking their hands, he thanked them for helping to keep her memory alive.

The Royal Marsden opened in 1851 as the world’s first hospital dedicated to cancer diagnosis, treatment and research. It is the largest and most comprehensive cancer center in Europe, treating over 50,000 patients every year. 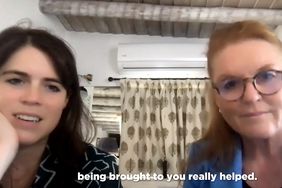