Prince William Speaks Out After Break-In at Prince George's School: 'It's Been an Interesting Week'

Prince William was on royal duty today — one week after he escorted his 4-year-old son, Prince George, to his first day of school.

“It’s been an interesting week,” William told patients during a visit to the Aintree University Hospital on Thursday in Liverpool.

Speaking of George’s first day of school on Sept. 7 at Thomas’s Battersea,William said, “most of the parents were in floods of tears. The kids were all fine.”

On Wednesday, the school made headlines when the Metropolitan Police confirmed that a 40-year-old woman had been arrested for allegedly breaking into the school.

William said George has been adjusting to student life quite well — so far.

“We are all seeing how long that lasts before he doesn’t want to go!” he told hospital patients. “George has been really easy. He hasn’t said, ‘Have I got to do this for the rest of my life?’ ”

When patient Teresa Jones, 87, congratulated the royal dad on his young children, William replied, “George rules the roost but Charlotte isn’t far behind!”

Earlier, in the major trauma room, he joked with patient Pagan Tordengrove that his 2-year-old daughter will be “trouble when she’s older.”

Tordengrave welcomed William with a handshake and a cheery “Prince of Hearts!” When he apologized for interrupting the work and peace of the trauma room she said, “It’s a pleasure. You are one of the nicest men on the planet.” 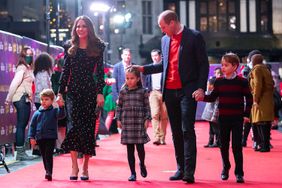 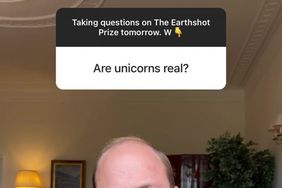 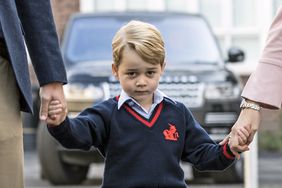 Prince William and Princess Kate Will Take George to School as 'Often' as They Can, Royal Source Says 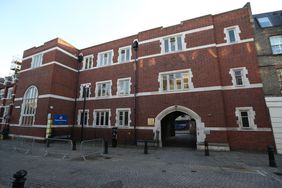