Prince William has announced the celebrity line-up for the Earthshot Prize Awards airing on October 17.

Joined by hosts Clara Amfo and Dermot O'Leary, the group revealed you can expect to see performances by Ed Sheeran, KSI and Yemi Alade, Shawn Mendes, and Coldplay — the last of which will have a set powered by 60 cyclists.

Kate Middleton, Emma Thompson, Emma Watson, David Oyelowo, and Mo Salah will be presenters during the evening celebrating change-makers who have a passion for global environmental issues.

Sir David Attenborough will also speak more about the Earthshot Prize and the importance of finding solutions to environmental challenges.

"The Earthshot Prize has been designed to celebrate our finalists as the visionary leaders that they are. The blockbuster roster of artists, athletes, and presenters that have signed on for our inaugural awards show proves just how much excitement there is for optimistic action to rise to the great challenges of our time," The Royal Foundation CEO Jason Knauf said in a statement. "This will be an award show unlike any you've seen before that will entertain you and inspire you to take action to repair the planet in this decisive decade."

The inaugural Earthshot Prize Awards will be filmed at Alexandra Palace in London and will air on BBC One, BBC iPlayer, and globally on Discovery's Facebook page.

Out of 15 finalists, five winners in the categories Protect and Restore Nature, Revive Our Oceans, Clean Our Air, Build a Waste-free World, and Fix Our Climate will be awarded £1 million (roughly $1.36 million) to fund their solution-based ideas for combatting these issues and build a healthier planet by 2030.

The awards will then take place every year through 2030.

In the lead-up to the gala, a landmark limited series called The Earthshot Prize: Repairing Our Planet, which William has helped make along with the team from Sir Attenborough's groundbreaking nature shows, began airing globally on discovery+ on October 3. All five episodes of the series will air on Discovery in the U.S. on October 16 beginning at 4 p.m. ET.

According to a release, the series "showcases the five Earthshot challenges facing the planet as well as highlighting the work of the remarkable 15 Prize Finalists and their groundbreaking solutions to our greatest environmental challenges. It looks past the problems we face and onto the solutions spotlighting what we have to do to save our planet." 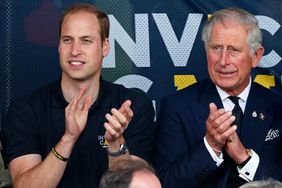 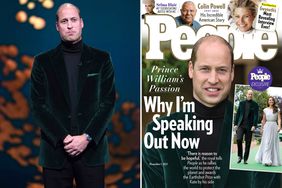 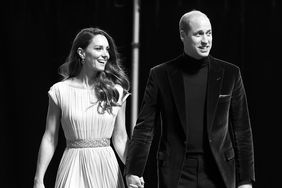 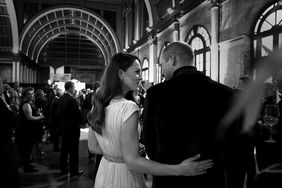