On Tuesday, the 37-year-old royal made his first public appearance since the coronavirus crisis gripped the U.K., visiting ambulance workers in Norfolk — and he revealed a very relatable concern brought on by the extra time at home.

"I'm worried about the waistline of the nation as well with all the chocolate and cakes," he said. "I've done a lot of baking at home. Chocolate goes down very well."

Prince William previously revealed his weak spot for chocolate around Easter, when he and wife Kate Middleton conducted their first-ever full royal engagement via video call to speak with a school.

"There will be a lot of chocolate being eaten here, don't worry!" he said of the approaching holiday.

Then Kate turned to her husband with a laugh and quipped, "You keep eating it!"

Kate shared that cooking and baking were part of how she's been keeping busy with their three children — Prince George, 6, Princess Charlotte, 5, and Prince Louis, 2 — as they quarantined at their country home, Anmer Hall.

"The children have got such stamina, I don’t know how," she told the BBC in a rare interview in April. "Honestly, you get to the end of the day and you write down the list of all the things that you’ve done in that day. So, you pitch a tent, take the tent down again, cook, bake. You get to the end of the day — they have had a lovely time — but it is amazing how much you can cram into one day that's for sure."

Prince William was visited a base at the Queen Elizabeth Hospital in King's Lynn, not far from his home on the Sandringham estate. He wanted to thank the frontline workers "for their work and dedication responding to the COVID-19 outbreak, and to hear more about their experiences over the past few months," his office at Kensington Palace said.

The royal dad's outing came as the U.K. government started lifting some restrictions, and the royal family has felt able to step out publicly. His father Prince Charles and Camilla, Duchess of Cornwall were the first senior royals to head out to thank people who have been working on the frontlines during the crisis. The couple spent Tuesday morning in Gloucestershire, where they met essential workers fighting the coronavirus pandemic. 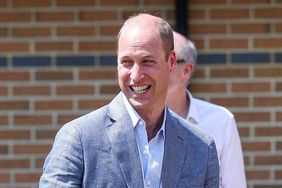 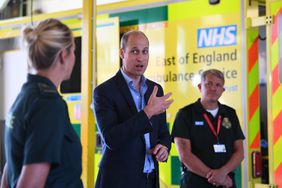 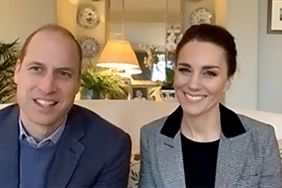 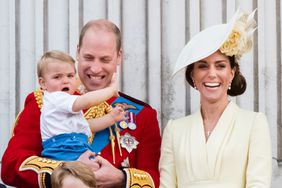 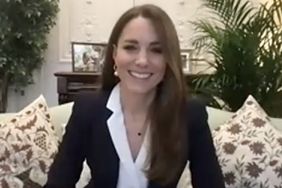 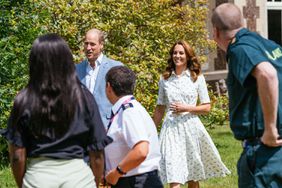 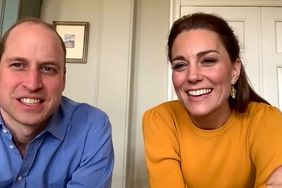 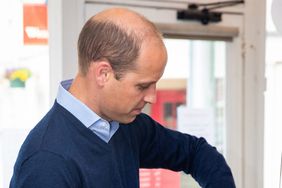 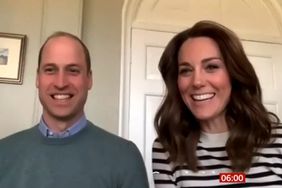