That’s what you call cheeky!

“I asked him, ‘Can I have a kiss?’ ” Moore told reporters outside the historic Truro Cathedral. “He said, ‘You can give me a peck on the cheek.’ ”

When she asked if she could have a hug too, William replied: “Oh, go then,” and posed for a picture before joking to Princess Kate, “Watch that woman, she’s collecting kisses!'”

Moore, a retired teaching assistant from Camborne, Cornwall, told William she had met his late mother Princess Diana about 25 years ago in nearby Redruth.

“I said to him, ‘You look like your mum,’ and he said, ‘I think my mum was better looking.’

“He’s lovely. I’ve just got to meet Harry now. Then I’ve met all of them. I met the Queen in Camborne.”

The autographed slate “will go on the roof – they all do,” Truro Cathedral Chaplain Jane Osborn tells PEOPLE. “But this one might take a little longer to go up!”

“It’s a real privilege,” she adds of the visit. “We have already got people calling us to ask if they can sign a slate too. As soon as the Duke and Duchess leave we are open for business!”

Inside the cathedral, William and Kate also met U.S. Army veteran Mike Hicks, who runs the history project alongside his wife Ann.

“We have so far identified about 6,500 from the county that died in WWI,” says Detroit native Hicks, who served 20 years in the U.S. Army signal corps.

“Cornwall is a small county. It’s a wonder they had enough people to fight World War II.”

“It is a big honor to meet [the royals],” adds Ann. “We provide the Cathedral with a list of the names of the war dead and they read them in the morning service, every morning on the anniversary of their deaths. So it is something that William has a connection with because of his military background.”

After visiting the Cathedral, the royals walked through the sunny streets of Truro to continue their work with children’s mental health by visiting Zebs, a local drop-in center offering a range of mental health and anti-bullying projects for young people.

The visits are part of a multi-day tour of the county, which will later include a stop at Healey’s Cornish Cider Farm, and two Duchy of Cornwall sustainable housing projects in Newquay that provide training and apprenticeships for local teenagers.

There is a New Princess in Kensington Palace!

This afternoon they will round off the tour by visiting The Wave Project in Newquay – the surfing capital of Britain – which uses the sport as a tool to reduce anxiety in children and improve their mental wellbeing. No strangers to the waves, William is a keen surfer and regularly spent the summers of his youth surfing in the area around the small seaside resort of Polzeath with brother Harry.

Away from the crowds, the royal couple will spend a romantic evening at the historic Restormel Manor, a 500-year-old, nine-bedroom historic house in Lostwithiel, Cornwall, owned by the Duchy of Cornwall.

The house, which costs up to $8,200 a week for tourists to rent at this time of year and sleeps 18, stands at the head of the Fowey Valley in beautiful countryside overlooked by Restormel Castle. 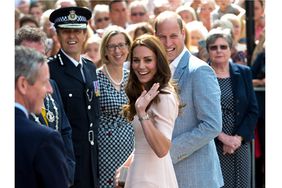 Princess Kate: I'd Secretly Like to Be a Farmer 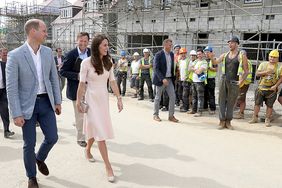 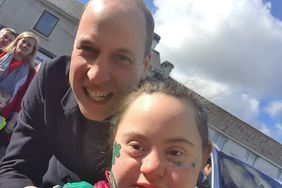 Prince William Breaks Protocol to Take Rare Selfie with Fan in Ireland — All About the Sweet Photo! 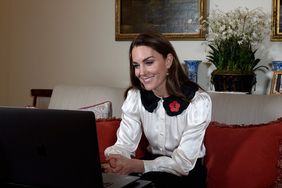