Prince Philip's life is being honored with a new exhibit at Windsor Castle, including a portrait with special family ties on display for the first time.

Prince Philip: A Celebration opened Thursday at Windsor Castle, with a centerpiece being a portrait of the Duke of Edinburgh painted by Ralph Heimans in 2017, the year of Philip's retirement from public engagements. The painting is one of the final formal portraits of Prince Philip before he died in April at age 99.

Prince Philip's paternal family also makes a subtle appearance in the image. He is painted wearing the Order of the Elephant, the highest honor in Denmark. Prince Philip gave up his title as a prince of Greece and Denmark ahead of his marriage to the Queen.

Other items on display at the Windsor Castle exhibit include his coronation robe and coronet, portraits and the Chair of Estate made for Prince Philip after to accompany the Queen's Chair of Estate in the Throne Room at Buckingham Palace.

Prince Philip spent much of the year before his death at Windsor Castle with Queen Elizabeth amid the coronavirus pandemic, although they also visited Balmoral and Sandringham. He died at Windsor Castle and was laid to rest on the grounds in St. George's Chapel. 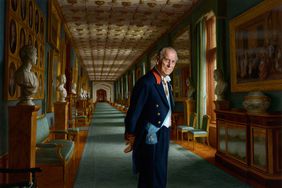 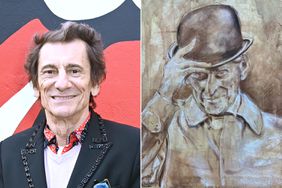