Prince Philip underwent surgery on his hip on April 4

Prince Philip may have to wait a bit before meeting his newest great-grandchild.

The royal, who underwent hip replacement surgery on April 4, is currently recovering from his operation at Windsor Castle, and likely won’t make the drive to Kensington Palace to meet Prince William and Kate Middleton‘s newborn just yet. However, this isn’t too much of a deviation from years past: Philip and Queen Elizabeth did not go visit Kate in the hospital after the births of Prince George or Princess Charlotte.

Philip missed several high-profile events in the days before he was admitted to King Edward VII Hospital in London, including Easter Sunday service with several members of the royal family. He spent nine days at the hospital following the surgery, and returned home to Windsor Castle on April 13. He will likely remain at home recuperating to prepare for the biggest event on the family’s calendar this year: Prince Harry‘s wedding to Meghan Markle on May 19

Luckily for Philip, he won’t have to travel too far for the big day: Harry and Meghan will wed at St. George’s Chapel, on the grounds of Windsor Castle.

While Philip was at home resting and recuperating on Monday, Queen Elizabeth was as active as ever. The monarch was spotted out riding her horse alongside the palace’s head groom, Terry Pendry, on the grounds of Windsor Castle just after Kate gave birth.

The newest addition to the royal family, a baby boy, arrived at 11:01 a.m. on Monday, weighing 8 pounds and 7 ounces.

“The Queen, The Duke of Edinburgh, The Prince of Wales, The Duchess of Cornwall, Prince Harry and members of both families have been informed and are delighted with the news,” a statement announcing the birth read. “Her Royal Highness and her child are both doing well.” 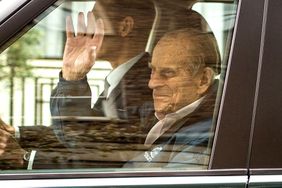 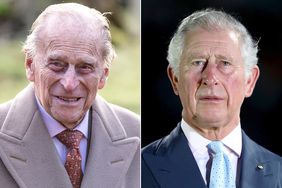 As Prince Philip Undergoes Surgery Today in London, His Son Prince Charles Steps Out in Australia 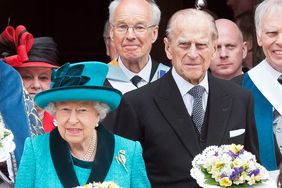