Prince Philip has canceled his appearance at the traditional Maundy church service that he was scheduled to attend with Queen Elizabeth on Thursday.

The 96-year-old royal had been listed in the Order of Service as attending but had to pull out at the last minute.

A palace spokesman says: “The Order of Service was printed some weeks ago when it was hoped the Duke would be able to take part. HRH has since decided not to attend.”

Philip intended to go to the Maundy service at St. George’s Chapel at Windsor Castle, but made the decision not to attend because he has been experiencing some “trouble with his hip,” adds a royal source.

Prince Philip retired from his official public duties in August 2017 after 70 years of service, but announced that he may still choose to attend certain public events from time to time.

The royal was hospitalized for an infection stemming from a “pre-existing condition” for two nights in June 2017. According to the palace, Prince Philip had the full support of the Queen in his decision to retire.

During an event in May 2017 at St. James’s Palace, one guest told Philip: “I’m sorry to hear you’re standing down.”

Philip candidly replied, “Well I can’t stand up much longer.”

During Thursday’s church service, the Queen, 92, appeared in good spirits as she distributed the traditional Maundy money. Each recipient of Maundy money was given two small leather purses, one red and one white. The first contained a small amount of ordinary coinage which symbolizes the monarch’s gift for food and clothing.

The second purse contained Maundy coins up to the value of the Queen’s age — 92. The recipients were chosen in recognition of their service to the community.

The service was held in St. George’s Chapel, which is where Prince Harry and Meghan Markle will tie the knot on May 19. 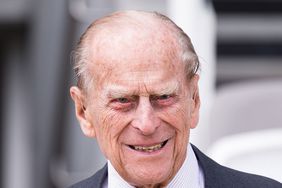 The Palace Just Confirmed That Ailing Prince Philip, 96, Is Being Admitted to the Hospital 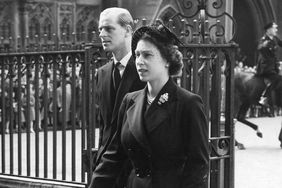 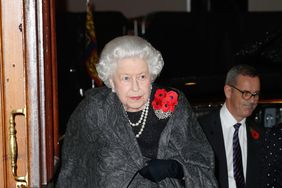