Prince Harry Writes Emotional Foreword to Book About Kids Coping with Loss: 'I Know How You Feel'

Prince Harry is helping children who, like him, are mourning the loss of a parent.

The Duke of Sussex, 36, has written a moving foreword as part of a book aimed at kids who are dealing with the pain of bereavement after losing a loved one amid COVID-19.

In the foreword to Hospital by the Hill, Harry reveals how he struggled to accept the death of his mom Princess Diana, who died in 1997 when he was just 12 – and how he hopes the book will provide "comfort in knowing you are not alone."

"When I was a young boy I lost my mum," Harry writes. "At the time I didn't want to believe it or accept it, and it left a huge hole inside of me. I know how you feel, and I want to assure you that over time that hole will be filled with so much love and support. We all cope with loss in a different way, but when a parent goes to heaven, I was told their spirit, their love and the memories of them do not. They are always with you and you can hold onto them forever. I find this to be true."

He adds, "Now, I never met them, but I know this person was special to you, and they were someone incredibly kind, caring and loving because of where they chose to work. Helping others is one of the most important jobs anyone can ever do.

The prince has previously revealed that he sought help for his grief after ignoring it – or "sticking my head in the sand," as he told podcast interviewer Bryony Gordon. But with the "huge support" of his brother Prince William when he was 28, he began seeking professional help, he said, telling how he saw a therapist "more than a couple of times."

The new book is being published ahead of Britain's National Day of Reflection next week. It is written by Chris Connaughton and illustrated by Fay Troote and tells the story of a young person coming to terms with the loss of their mother, who had been working on the frontline during the coronavirus pandemic at a hospital. It is being provided for free to any child or young person in the U.K. who has been affected in this way.

It is also promoting the services offered by three charities who are there for children and young people as they cope with loss: Simon Says, Child Bereavement UK (of which Harry's brother William is patron and is headed by one of Princess Diana's close friends Julia Samuel) and Winston's Wish.

Harry was introduced to the child bereavement charity Simon Says by a friend at the Invictus Games Foundation. Sally Stanley, the founder, then asked him last summer to take part in the book.

Sally Stanley — the founder of Simon Says — said in a statement, "The idea of a book for children and young people bereaved as a result of Coronavirus began in the Spring of 2020 when the number of frontline workers dying became very significant."

"Being bereaved of a loved one is very difficult at any time in the life of a child or young person. The restrictions that surrounded the close contact of family members during the pandemic make it much harder for them to say goodbye in the way that we are used to. I hope that this book will help children and young people to remember their special person whose work was to help others."

Last weekend, on what was Britain's Mother's Day, Harry ensured flowers were placed on the gravesite of his late mother at her family home of Althorp in Northamptonshire, England. 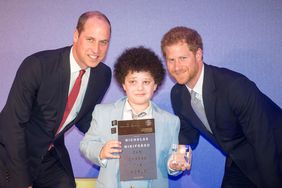 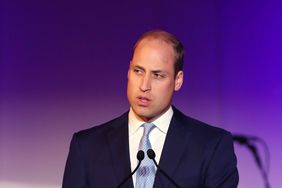 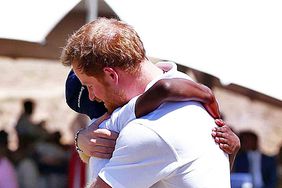