Prince Harry Makes Surprise Appearance at Veterans Volunteer Event in L.A.: 'He Is Humble and Kind'

Without fanfare, the Duke of Sussex dressed down and wore a face mask as he helped distribute food parcels

Prince Harry is showing his support for veterans at an event close to home.

Harry, 36, put on a face mask and headed out to Los Angeles last Friday to help distribute food and supplies alongside local veterans.

He helped the community-based Walker Family Events Foundation, who praised him for being “humble and kind.” They were working with Compton Veterans for the Operation Nourish initiative in helping to get food out to families in need.

Harry attended with The Mission Continues’ Service Platoon based in Los Angeles (which is about 90 minutes away from where Harry lives with his wife Meghan Markle in Santa Barbara). He spent a few hours volunteering, helping to put food parcels together and distribute them to locals.

The visit on November 13 was without fanfare, and only emerged when the Walked Family Events Foundation issued an image on Instagram, with a caption saying, “Today I had the honor of meeting and working alongside Prince Harry, Duke of Sussex. He joined us in volunteering at Compton VFW for the Operation Nourish program packing and distributing food to our #Compton neighbors. He is very humble and kind."

The Compton Veterans released some footage too, illustrating the work being done as people on both sides of the Atlantic remembered the service of armed forces personnel.

Over the weekend, Harry reached out to show his support for veteran and friend J.J. Chalmers, who is taking part in Strictly Come Dancing, the British version of Dancing with the Stars. “When I first met J.J, he was a shell of himself,” Harry said during his cameo. “But then to see you shine through Invictus and to become like yourself again — that was the start of an amazing journey.”

The volunteering also came several days after Harry and wife Meghan Markle had laid a wreath and paid tribute to those who died during war at the Los Angeles National Cemetery.

Later on Wednesday, he is taking part in the annual Stand Up For Heroes event alongside celebrities Bruce Springsteen, Sheryl Crow, Brad Paisley and host Jon Stewart. 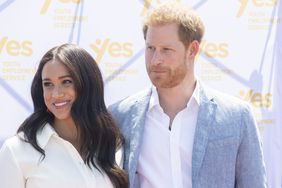 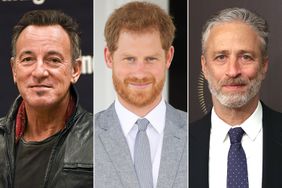 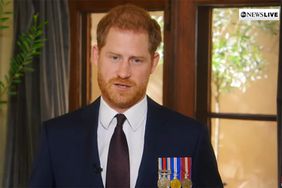 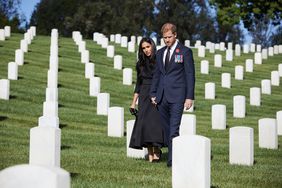