"I've got a little space outside, which I'm fortunate enough to have so I need to get him playing some Rugby League," Prince Harry said

Prince Harry will be passing down his love of rugby to son Archie!

On Saturday, during The Duke of Sussex's special video chat in honor of the Rugby Football League's 125th birthday, Harry spoke about his love for the sport. He was joined by St. Helens Women’s Super League players Gemma Walsh and Emily Rudge, Leeds Rhinos and England star Jamie Jones-Buchanan and his son Kurgan, Newcastle Thunder’s Jordan Robinson and academy player Alex Donaghy as well as volunteer Fionna Everson.

The father of one, 35, told the group that he can't wait to start teaching his 15-month-old son how to play the sport.

"What I need is a few mini rugby balls that I can then get Archie involved with the game, because at the moment it's impossible to find any," said Harry, who is the patron of the Rugby Football League.

"But I've got a little space outside, which I'm fortunate enough to have so I need to get him playing some Rugby League," he said, referencing his and wife Meghan Markle's new Santa Barbara, California, home.

The couple recently moved to their new $14 million nine-bedroom mansion in Santa Barbara, after announcing they would step down as working members of the royal family early this year.

"I'm just unbelievably fortunate and grateful to have outdoor space and see my son be able to be outside, because I know so many people just haven't had that opportunity in the last five months," Harry continued, mentioning the ongoing coronavirus pandemic.

“Our little man is our number one priority but our work after that is the second priority and we’re just trying to do everything we can to do our part to make the world a better place," he added.

Earlier this month, a source told PEOPLE that Harry and Meghan, 39, were "excited" about their new home and looking forward to getting involved in the Santa Barbara community. "They’re excited to be there and to become part of the community. It's a really happy time for them as a family," the source said.

"They were craving a smaller community and a slower pace," added the source. "Montecito is very mellow, a charming little town and the Santa Barbara [area] offers an ideal lifestyle that they’re looking forward to. They feel the new house is a place of peace — and it offers inspiration to build Archewell [foundation], which they’re focused on.”

In addition to plenty of outdoor space for little Archie to run around, the home came with a play area for the growing boy.

"Archie is really happy, and he has space to run free," the source said. "The house came with a play structure that he’ll be climbing in no time."

Also during his virtual chat, Harry told the rugby group that he "definitely" plans on returning to the U.K., especially for the Rugby World Cup. "I would've been back already had it not been for COVID so don't worry. You guys and the Rugby League community will have my commitment for as long as I can give it to you." 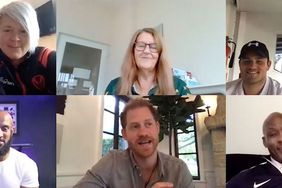 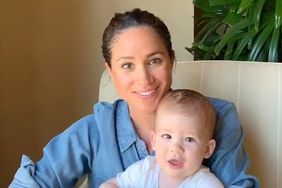 Meghan Markle Shares Sweet Update on Son Archie: 'He Is All Over the Place' 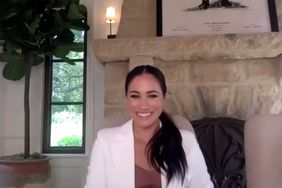 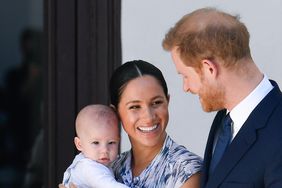 Prince Harry Wants to Give Archie the 'Childhood He Always Wanted,' Source Says 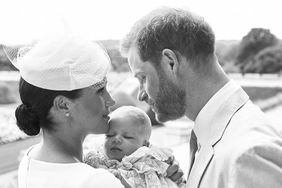