His mother, Harry said on Thursday, "was using her position as Princess of Wales — the most famous woman in the world — to challenge everyone to educate themselves"

One of Princess Diana‘s greatest legacies was her crusade for HIV and AIDS awareness — and her pioneering efforts to break the false stigma that casual contact, such as shaking hands or hugging, can spread the disease.

On Thursday she was honored for her work when her younger son, Prince Harry, 33, accepted a posthumous award from the LGBT magazine Attitude. The Attitude Legacy Award acknowledges the groundbreaking contributions Diana made to challenging the fear that surrounded HIV and AIDS in the ’80s and ’90s.

“In April 1987, my mother was only 25 years old,” Harry said in his acceptance speech Thursday evening. “She was still finding her way in public life, but already she felt a responsibility to shine her spotlight on the people and issues that were often ignored. She knew that AIDS was one of the things that many wanted to ignore and seemed like a hopeless challenge. She knew that the misunderstanding of this relatively new disease was creating a dangerous situation when mixed with homophobia.

“People were ostracized from their communities — and sometimes from their families — simply for being ill. Staff who treated the ill, were themselves often turned away from local barbers and restaurants, even though it was proven that HIV could not be passed on from casual contact.

“And we faced the very real risk that thousands would die in the U.K. – including many young gay men of her generation – without making any progress towards treatment of the disease.

“So when that April, she shook the hand of a 32-year-old man with HIV, in front of the cameras, she knew exactly what she was doing. She was using her position as Princess of Wales — the most famous woman in the world — to challenge everyone to educate themselves; to find their compassion; and to reach out to those who need help instead of pushing them away.”

Harry has championed the legacy of his late mother by campaigning for people to take HIV tests and even taking one himself. And last year, Prince William appeared on the cover of Attitude in a landmark issue when he spoke about homophobic bullying.

Diana “was not really a gloves person,” her brother Charles, 9th Earl Spencer, told PEOPLE this summer. “She was very real and very about human contact.”

Before Harry took the stage, Ian Walker, a former senior occupational therapist at the London Lighthouse, and Julian La Bastide, a former nurse at Mildmay Hospital, spoke about their experiences with Diana, who visited both places publicly and privately.

“She filled the room and she gave off light,” said Walker. “Everyone was immediately put at ease, and just the fact that she would come in, talk to someone, hold their hand, that would mean that maybe the next day they died happy because Diana had spoken to them.”

Recalling the pivotal moment described by Harry when she shook hands with an AIDS patient, Walker said, “It seemed to break down a million barriers overnight with that one simple act. This was a time when people were terrified to touch people with HIV, people would glove, mask and gown up in regular hospitals. People were rejected by their families, people would feel really uncomfortable when they saw you walking around. She held that guy’s hand and overnight this dispelled a lot of the stigma.”

Added La Bastide: “My patients and people I worked with felt that they were important, that someone was taking their cause — their fight — to another level. Diana wasn’t making that distinction of, ‘These people are more important or less important.’ It was, ‘You are all important.’ And she knew that every time she did an announced visit with the cameras there, that would go mainstream.” 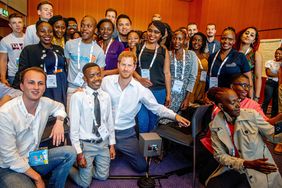 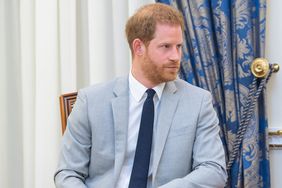