Prince Harry is back home in California after traveling to the U.K. to pay tribute to his late mother Princess Diana.

Harry returned to the U.S. on Saturdayafter reuniting with Prince William to unveil a new statue of their mother on what would have been her 60th birthday. In photos published by the Daily Mail, the Duke of Sussex can be seen at the airport in Los Angeles on Saturday morning.

On Thursday, the brothers came together at their childhood home, Kensington Palace, to reveal the statue, which they commissioned four years ago. The sculpture depicts their mother with three children, reflecting Diana's work to support and nurture children around the world.

Despite speculation that William and Harry might each deliver a speech for the occasion, they issued a joint statement.

"Today, on what would have been our Mother's 60th birthday, we remember her love, strength and character — qualities that made her a force for good around the world, changing countless lives for the better," they said in part. "Every day, we wish she were still with us, and our hope is that this statue will be seen forever as a symbol of her life and her legacy."

The event marked the first time the brothers have been together since the funeral of their grandfather Prince Philip in May.

RELATED VIDEO: Who Are the Children Featured in the New Princess Diana Statue at Kensington Palace?

Plans for the statue were first announced in February 2017, although the event was scaled back due to ongoing COVID-19 restrictions in the U.K.

William's wife Kate Middleton was not in attendance, nor was Harry's wife, Meghan Markle, who remained in California with the couple's two young children: 2-year-old son Archie Harrison and daughter Lilibet Diana, who was born on June 4.

As for the way they honored their mother this week, royal historian Robert Lacey told PEOPLE that the brothers "demonstrated a constructive way of dealing with differences."

"[They were] not sweeping [their differences] under the carpet but acknowledging more important things and doing that in a way that warmed everyone's heart," said Lacey, who has explored the tensions between William, 39, and Harry, 36, in his book Battle of Brothers.

Added Ken Wharfe, who led the personal protection of Princess Diana and her sons for several years in the late '80s: "It was their idea and it was a joint effort." 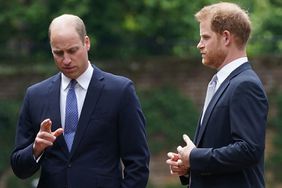 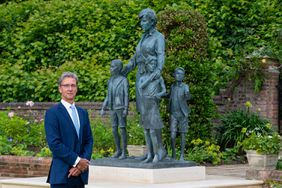