It is rugby day for royal brothers Prince Harry and Prince William. The athletic royals may be over 100 miles apart, but they are both supporting the sport they love.

Harry, 33, was at Twickenham, on the western edge of London, catching England as they took on Argentina on Saturday, while William, 35, headed to Cardiff to catch Wales playing Australia.

During a poignant weekend for the U.K., as those who have died or been injured in wars are being remembered, Harry met volunteers from the Commonwealth War Grave Commission (CWGC), which is the official match-day charity at the England game. The organization builds and maintains the memorials and preserves records of those who perished in WWI and WWII around the globe. Harry, who is patron of the Rugby Football Union, which runs the game in England, also met with those nominated for their contribution to the sport across the country.

Meanwhile, William, who is royal patron of the Welsh Rugby Union, will spend time with the Welsh Rugby Charitable Trust, which supports players and their families who have been severely injured while playing rugby in Wales.

And, at half time, William is set to chat with local Coach Core Apprentices, who are learning to be role models and mentors in their communities, under a mentoring program devised by William, Harry and Kate Middleton to create more sports trainers in the 16-24 age group. It is part of the royals’ drive to use sport as a way of bringing about positive change, especially for young people.

The royal brothers have already marked Remembrance week, with William speaking at a dinner for veterans at the Imperial War Museum, London, and Harry laying a small wooden cross among hundreds of others at the Field of Remembrance at Westminster Abbey on Thursday (when he joked that he “can’t hide” girlfriend Meghan Markle at public events). 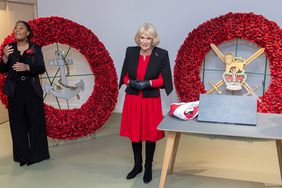 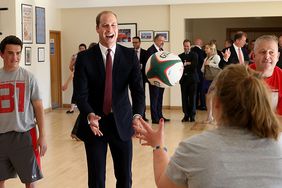 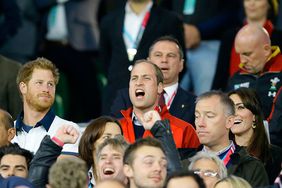 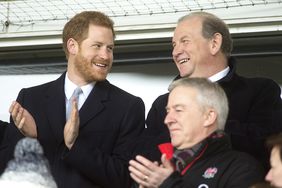