"The world is a better place for what Harry has done," royal historian Robert Lacey tells PEOPLE

Prince Harry is opening up about his mental health like never before.

Harry, 36, appeared in the Apple TV+ five-part docuseries called The Me You Can't See that he co-created with Oprah Winfrey, where he openly talks about his upbringing in the royal family, how he takes after his late mother Princess Diana, how he's changed as a person since becoming a father with wife Meghan Markle and how much he's grown stronger mentally after years of therapy.

"The world is a better place for what Harry has done," royal historian Robert Lacey tells PEOPLE in this week's issue. "But this is another blow for the British crown and royal family."

British journalist and mental health advocate Bryony Gordon adds that Harry is undertaking "an important form of duty" by breaking the shame barrier around mental illness.

"This is a man who, at the age of 12, was sent out to walk behind his mother's coffin and console the masses outside Kensington Palace," she says. "I just don't understand why we're now angry with him that that might have affected him."

In the docuseries, Prince Harry says his father, Prince Charles, refused to question the hardships of royal life.

"My father used to say to me when I was younger, 'Well, it was like that for me, so it's going to be like that for you,'" Harry said in the mental health series. "That doesn't make sense — just because you suffered, that doesn't mean that your kids have to suffer, in fact quite the opposite. If you suffered, do everything you can to make sure that whatever negative experiences that you had, you can make it right for your kids."

The new statements echo Harry and Meghan, 39, during their March interview with Oprah on CBS, when they accused an unnamed royal family member of racism and said they were unable to get Meghan help when she felt suicidal.

And although one royal insider says for Harry "to continue to target your family leaves little room for reconciliation," he is determined to speak out about the importance of mental well-being.

"It's my responsibility," Harry says, "my duty, to break that cycle."

Harry and Meghan stepped down from their senior roles within the royal family last year, relocating to California with son Archie, 2. They are expecting a baby girl this summer. 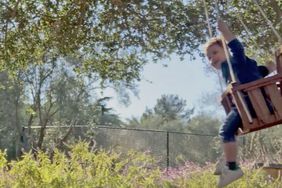 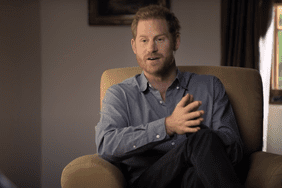