Prince Harry and Meghan Markle are honoring all of the men and women who have served their countries.

While commemorating U.K. Armed Forces Day on Saturday, the royal couple shared a post on their joint Instagram page dedicated to the military community as a whole.

“Today is Armed Forces Day – celebrating the men and women who make up the military community: from those that are serving, to families, veterans, reservists, cadets and charities,” they wrote. “To all those serving in the Armed Forces, both in the UK and abroad, be it in uniform or family – we want to thank you for the work you do every day in representing and protecting your country. Once served, always serving.”

Alongside the touching message, the couple shared several photos of the pair meeting with servicemen and women throughout the years.

One photo shows Meghan, 37, congratulating some of the players who competed in the wheelchair basketball final at the Invictus Games in 2018, while another shows the couple attending the Endeavour Fund Awards that year, which celebrates the achievements of wounded, injured and sick servicemen and women who have taken part in sporting and adventure challenges over the past year.

The outing also had an extra special significance to the couple as it marked their first official evening affair together as well as Meghan’s first royal speech.

Several other throwback photos show Harry, who served in Afghanistan, as a young man, including one of the royal addressing a crowd in uniform, while also wearing a poppy emblem — the commemorative emblem that veterans, supporters and members of the public wear on remembrance days.

In March, shortly before becoming a father, he attended the Veterans’ Mental Health Conference where he joined mental health practitioners as well as researchers to share evidence and ideas regarding the best ways to support these heroes.

Most recently, Harry also stepped out solo earlier this month for the 75th anniversary of the D-Day landings, making a visit to the Royal Hospital Chelsea during their annual Founder’s Day Parade.

This year, Harry and Meghan spent Armed Forces Day in London, where the first-ever regular season MLB game is being played in Europe.

The two-game series kicks off on Saturday, where Harry and Meghan will watch the New York Yankees take on the Boston Red Sox. 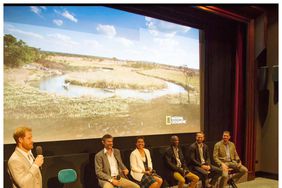 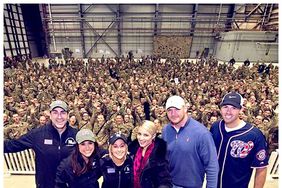 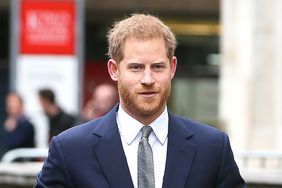