Prince Harry spent Wednesday morning meeting young people from around the world as he took the next step in his role for his grandmother Queen Elizabeth.

Harry, 34, took part in a roundtable discussion with young leaders from across the Commonwealth.

It was part of his position as Commonwealth Youth Ambassador, which he took on for the Queen last April. He and wife Meghan Markle, 37, see the Commonwealth as taking an important role in their working life.

In a speech during his visit, the prince said, “Nearly 12 months into the job, I can honestly say I feel more passionate than ever about the huge opportunity we have here: To empower young people across the Commonwealth, you who are here in this room today, and the millions around the world who are part of this global collective of change makers.”

Continued Harry, “Some may say it’s our responsibility, but I see it as our privilege, to equip you with the tools and the platform you need — to continue your cause driven work at the highest level — driving positive and effective change.”

During their tour of Australia, New Zealand, Fiji and Tonga, the royal parents-to-be undertook several engagements targeted on the Commonwealth — the group of 53 nations linked to the U.K. And in the summer, they helped host a reception in London.

Reflecting on the tour, Harry said on Wednesday, “In all of these places, it’s been incredibly humbling to see how young people like yourselves are creating innovative and clever solutions to the diverse challenges you face — whether it be better mental health for everyone, eradicating extreme poverty and improving access to education for girls, or highlighting the very real effects and daily battles of climate change.”

He also referenced the new role he’ll soon take on — dad — telling the group, “As someone who is about to become a father, I am acutely aware of our shared responsibility to make this world more resilient and its inhabitants more accountable for the next generation.”

Harry was officially welcomed by Lord Tariq, who also congratulated him on his pending new addition.

“I know there’s a small event happening in your lives but we are looking forward to the Duchess being part of the family,” Tariq said.

Wednesday’s meeting at Lancaster House in London was hosted by Lord (Tariq) Ahmad, Minister of State for the Commonwealth, and saw the young people brief Harry about the issues that are key to them in the run up to the Commonwealth Heads of Government Meeting 2020 (CHOGM).

With around 60 percent of the populations in Commonwealth countries under the age of 30, young people are being encouraged to take even more of a leading role in their countries.

Harry has urged the under-30s to take a lead as they are the future of the Commonwealth nations. And youth delegates from across the U.K., who participated in CHOGM 2018 (part of which Meghan attended alongside Harry a month before their May wedding), joined young people from nations including India, Fiji, Ghana and Jamaica to discuss how they can use the networks they are building to make their ideas a reality. 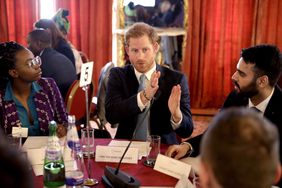 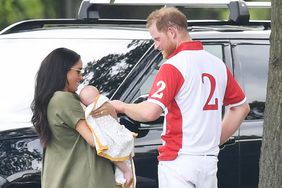 Prince Harry Received Perfect Greeting at Event After Busy Day with Archie: 'Are You Still Awake?' 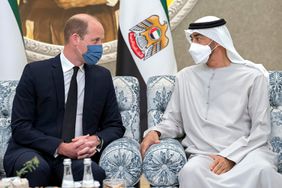 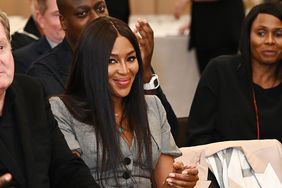 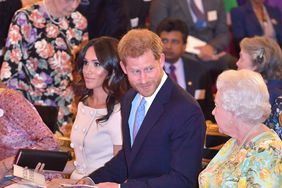 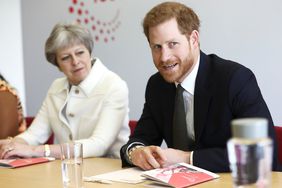