Prince Harry Interviews Prince Charles — And Shares His Nickname For His Dad!

It’s take your dad to work day for Prince Harry!

The royal spent the morning as a guest editor for BBC Radio 4’s Today program. And during his stint on the show, he interviewed his dad, Prince Charles about his year and his thoughts on climate change and the environment. (He also sat down with former President Barack Obama on the show!)

And at the beginning of the interview, Harry revealed his nickname for his dear dad: “Pa.”

Charles has long been an advocate for the environment and taking action on climate change — he gave his first speech on the subject in 1968, at age 20. In the interview, he admitted that he’d likely “bored you [Harry] to tears over so many years” with his discussion of environmental issues. However, it seems that Harry shares his father’s interest: Later on in the interview, Harry admitted that they often talk for “hours and hours” about the topic — just without a microphone present.

Now, he says, as more people have started to take notice and action on climate change, Charles feels his passion for the subject is a bit better understood by the public.

“Maybe now, some years later, they’re beginning to realize that what I was trying to say may not have been as dotty as they thought,” he said.

Charles also talked about one of the reasons he’s taken such an interest in preserving the environment: Keeping it for the next generation, in particular, his children and grandchildren.

“What I’ve tried to do all these years is to make sure, if I can possibly, is that ensure that you and your children, my grandchildren, also everybody else’s grandchildren, have a world fit to live in, that provides them with opportunity,” he said.”

Harry also talked about his own passion for the environment, and how he hopes that we’re in a pendelum-swinging moment when it comes to how people approach climate change.

Charles, clearly a proud dad, told him: “You know, dear boy, if I may say show, the fact that you’re saying this gives me enormous optimism.”

You can listen to the interview in full on the BBC’s website. 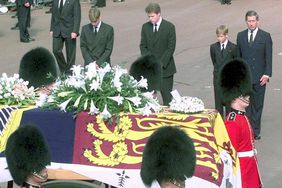 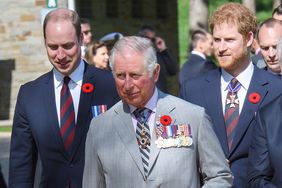